Home » Cricket » Bumrah, Shami good but we too have Starc, Cummins and Hazlewood – Alex Carey

Bumrah, Shami good but we too have Starc, Cummins and Hazlewood – Alex Carey 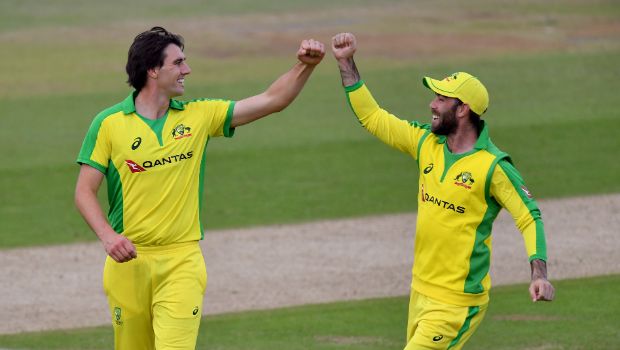 Australia’s wicket-keeper batsman Alex Carey has acknowledged that Jasprit Bumrah and Mohammed Shami are good but they also have gun fast bowlers like Pat Cummins, Mitchell Starc and Josh Hazlewood who can breathe down the neck of the opposition.

There is no doubt that the bowling unit which will bowl better in the upcoming series between Australia and India, will hold the advantage.

Meanwhile, India’s pace battery had outbowled Australia in the previous series in 2018-19 as they had collectively scalped 50 wickets in four Test matches. Jasprit Bumrah and Mohammed Shami were the pick of the bowlers as they had scalped 21 and 16 wickets respectively. Thus, India was able to clinch the Test series by 2-1.

However, this time around there are question marks on the participation of Indian veteran pacer Ishant Sharma, who is recovering from muscle injury. The lanky pacer has started to bowl at the National Cricket Academy, which is a big boost for the Indian team.

Meanwhile, Australia’s fast bowler Josh Hazlewood recently stated that the hosts’ batsmen must tire out Jasprit Bumrah, as he is going to hold the key for the visitors.

In fact, Cheteshwar Pujara had faced 1258 deliveries against Australia in the previous series and he had sucked every ounce of energy of the Australian fast bowlers.

“David Warner and Aaron Finch at the top have had some success against the Indian seamers. We’ll discuss Bumrah and Shami… also Chahal and Jadeja and all the Indian bowlers but I’m also very excited about seeing Pat Cummins, Mitchell Starc run in. We’ve got Adam Zampa and Josh Hazlewood too,” Carey added.

India have also picked bowlers like Mohammed Siraj and Navdeep Saini, who both have impressed in the domestic circuit. Furthermore, the visitors have experienced spinners like Ravichandran Ashwin and Ravindra Jadeja.

There is no doubt that it is going to be an exciting series between the top two teams and the players will look to bring their best to the table. The first ODI will be played at the SCG on November 27.

The first Test will be a pink-ball affair and it will take place at Adelaide Oval from December 17.