Home » Cricket » Buttler extols the virtues of Dhoni, describes him as a big idol

Buttler extols the virtues of Dhoni, describes him as a big idol 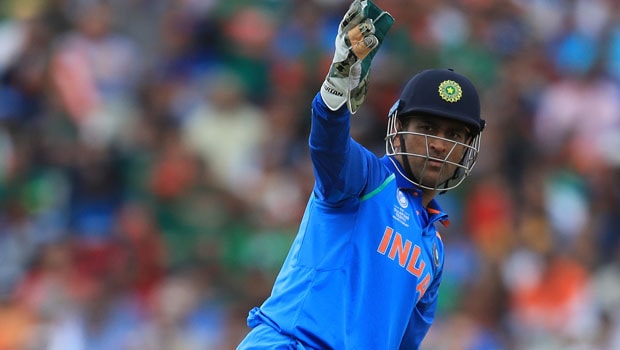 The dashing wicket-keeper has said that the veteran has always been a big idol to him.

Butler, who plies his trade in the Indian Premier League (IPL) with Rajasthan Royals, noted that one lesson he had learned from the decorated former India captain is how he manages all the fanfare and still performs in crunch situations.

The batsman who noted that Dhoni always has chaos around him, with people wanting a bit of him, he wonders how he concentrates on his cricket and the noise.

After watching him play, the 29-year old said is a great lesson on how the veteran manages all that and still perform at the top level during crunch moment.

Speaking to Lancashire Cricket with Warren Hegg in an interview, the  Rajasthan Royals batsman said he has been able to learn how to handle pressure through the T20 league.

The COVID-19 pandemic has led to the cancellation of the 13th IPL, which was rescheduled. England’s limited over vice-captain said that’s part of what he had to learn, especially in India, being a foreign player.

Speaking further on handling pressure, Butler said every foreign player is one of the four in the team, knowing fully well that the other four who are on the bench are also world-class players, which puts him under enormous pressure to perform. This, he said has been a great learning curve after learning how to deal with the chaos in the IPL.

Speaking on other things surrounding the game like going like adverts and endorsement deals, meet and greet amongst other stuff he said he had never done before, he added that this allows him to think about finding ways to switch off.

Buttler, who had once played in the IPL for Mumbai Indians, said playing cricket games behind closed doors due to COVID-19 scare will be strange for professional cricketers.

He, however, said this would also take the players back to the history of how the game started.