Home » Cricket » Can India fashion a Virender Sehwag out of Rohit Sharma?

Can India fashion a Virender Sehwag out of Rohit Sharma? 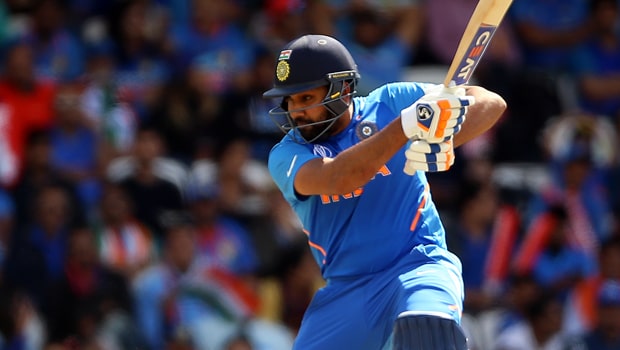 Everyone knows how big an impact Virender Sehwag had made on India’s Test fortunes. His ability to take the attack onto the opposition early in the innings was what set him apart from his peers. Even though he had his share of troubles in overseas conditions, especially in SENA (South Africa, England, New Zealand and Australia) countries, he was a beast of a batsman in sub-continental conditions. An average of 54.13, 91.50 and 69.20 in India, Pakistan and Sri Lanka respectively are testimony of his credentials. An average of 51 in the India vs West Indies also suggest how strong he was while batting in conditions which were quite similar.

However, India have struggled to produce an opener like him ever since. Prithvi Shaw, latest debutant of Indian Test cricket team, has shown shades of his batting style but he won’t feature in the side until later this year as he is serving a doping ban at present. Other than that, nobody, including the likes of KL Rahul, Murali Vijay and Shikhar Dhawan, have quite established their authority at the top of the order. And their failures have now opened the door for someone like Rohit Sharma to audition for that highly coveted opening spot in the longest format of the game.

The 32-year-old is already India’s first choice opener in the shorter formats but his Test career hasn’t quite taken off. The reason could be attributed to his struggles against the red cherry in the limited number of matches he has played in SENA conditions so far. His averages of 31, 17 and 15.37 in 10, 2 and 8 innings in Australian, English and South African conditions respectively might not inspire that much confidence but many great players like Virat Kohli (see more Virat Kohli latest news here) himself have had their share of struggles in these conditions initially. Moreover, Rohit’s average of 40.66 in a total of four innings in New Zealand is quite decent as compared to the other three SENA countries, much like Sehwag’s good average of 46.86 in Australia as compared to the other three countries.

While Rohit hasn’t scored any of these runs as an opener in Tests, it’s not like he is totally alien to the art of opening. He has been successfully doing it in limited-overs cricket for over six years now.

Now, the question is whether we should judge him as a player only on the basis of his SENA numbers? That too, from a sample size which is quite small.

If the Indian management would have done that for Sehwag, he wouldn’t have featured in 104 Tests with over 8000 runs to his name, that too, at an average of just a shade under 50.

Moreover, if Rohit Sharma’s first-class and Test numbers at home are anything to go by, it is safe to say that he could go on to have an equally big impact as Sehwag. While Rohit averages 54.23 in 87 first-class games, his average of 85.44 in 14 Test innings in India is even better. His strike-rate of 65.16 in those 14 innings could be referred to as a healthy one as well. Moreover, a best of 309* in first-class cricket suggests that Rohit has it in him what it takes to play the long innings in this format.

The current Indian management has taken a lot of bold steps in the last couple of years. Although all of them have not yielded good results, this is one move they shouldn’t shy away from making. Former Indian skipper Sourav Ganguly (For more Sourav Ganguly News) has also voiced his opinion in favour of this move numerous times and, hence, they should think about taking this step looking at the bigger picture. Having said that, the upcoming tour games against South Africa A would be the best opportunity to test Rohit out before throwing him into the battlefield on October 2.