Can Shikhar Dhawan seal his spot in India’s T20I setup? 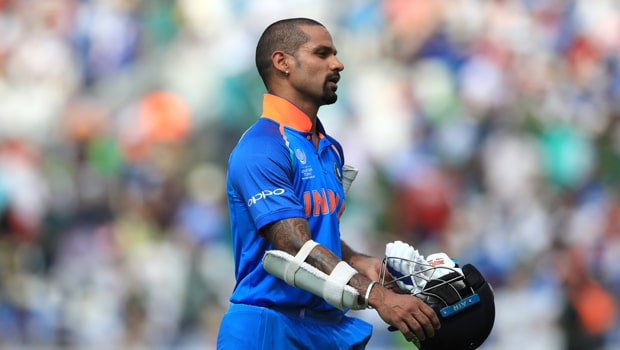 Shikhar Dhawan is one of the best batsmen around when it comes to one-day cricket. After all, he has played crucial roles at the top of the order in three major ICC Trophies for India. However, when it comes to T20s, Dhawan is not quite the same beastly figure as he is in the ODIs.

In fact, the 31-year-old’s T20 career has always been a curious case of study. The southpaw hardly gives you any reason to complain when you look at his performances in the Indian T20 League over the years. Dhawan has 4579 runs in the cash-rich league at an average of 33.42 and it includes 37 scores of fifty-plus as well. However, when you look at his overall strike-rate of 124.80, it is not something you would prefer in T20s. Hence, he wouldn’t be the automatic choice as an opener as most teams prefer batsmen who can score at a brisk rate at the top of the order without wasting too many deliveries.

But Dhawan has still gone on to play 159 T20 matches in the Indian T20 league and the thing that has worked in his favour often is his experience and the ability to anchor the innings. That is invaluable in franchise cricket as the management looks up to players who can guide the younger lot in the team.

However, the requirements at the international level are completely different. Until the end of 2017, Dhawan had played 28 T20Is for India having scored a total of 543 runs. However, those runs came at a strike-rate of only 118.30. This is something that doesn’t work in favour of international teams as there are batsmen who can score at a better rate, always. And it is highly necessary for the betterment of the team as well. So, at that point of time, it looked like his T20I career would come to an end.

However, the beginning of 2018 showed that he had brought about a change in the way he approached his batting in T20s. He became more aggressive and proactive. Dhawan was looking for a scoring opportunity in every ball he faced, thus, wanting to make the most out of every delivery. He didn’t change his technique much. The southpaw played the same conventional strokes as he played before but all that he changed his mindset.

Adam Gilchrist’s reaction to the final shot says it all. Sensational batting by in the T20 series from Shikhar Dhawan #AUSvIND pic.twitter.com/x8F07MVXfm

His efforts bore fruit as his statistics at the end of 2018 showed how well he had done. The numbers he churned out that year was way better than what he had produced in the previous years. Dhawan not only scored a massive 689 runs at an excellent average 40.52 in the 17 outings he had that year, but he scored those runs at a strike-rate of 147.22. Moreover, he had scored six fifties as well which was double of what he had scored during his first 28 matches.

In fact, his Indian T20 league numbers that year– 497 runs at an average of 38.23 and strike-rate of 136.9– had already given an early indication of what was going to come in the year ahead. And Dhawan just reiterated that fact with his performances for Team India in the following T20Is.

At that point of time, it looked like he had sealed the deal completely. But, as we stand here in 2019, it looks like he will have to prove himself yet again. Dhawan returned with scores of 1, 23 and 3 with an overall strike-rate of 96.42 in the recently concluded T20I series India vs West Indies. In fact, he has scored only 105 runs this year at an average of 15 in a total of seven innings. And these runs have only come at a run-a-ball.

Yes, he had a great run in the Indian T20I league this year as well. A tally of 521 runs at an average of 34.73 and strike-rate of 135.67 suggested that he was in fine form. But he hasn’t been able to translate that into the international level somehow. It might be argued that he is just making a comeback after an injury that he suffered during the World Cup a couple of months back.

However, with India cricket team looking to fine-tune their plans for the upcoming T20 World Cup in Australia next year, Dhawan won’t have many chances to prove himself in the coming time if he fails to score big in the remaining two T20Is of the ongoing series between India and South Africa. So, it’s high time that he stepped up.