Can’t explain what Rahul Dravid means to me – Cheteshwar Pujara 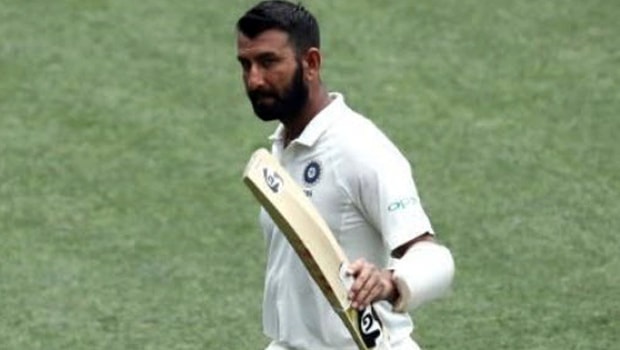 India’s number three specialist Test batsman Cheteshwar Pujara has heaped praise on the role of his idol Rahul Dravid in his career. Pujara added that he cannot explain in one line what Dravid means to him. The Saurashtra batsman, who is often compared with Dravid, added that the former Indian skipper has helped him switch off from cricket as there is life beyond the game.

Pujara feels it is imperative to maintain the balance between personal and professional life and Dravid was able to help him in understanding the same. Cheteshwar added that Dravid made him understand it is not all about technique and there are different aspects which are crucial for the player’s success.

Pujara praised Dravid for understanding the player’s psychology and helping him accordingly. Dravid has himself gone through the ups and downs in his illustrious career and he understands what the other player is going through.

“I cannot say in one line what Rahul bhai means to me. He has always been an inspiration, and will remain one,” Pujara told ESPNcricinfo.

“He helped me understand the importance of switching off from cricket. I had the same thought, more or less, but when I spoke to him, it gave me a lot of clarity about it and I was sure of what I needed to do,” Pujara said.

“I also saw in county cricket how they keep personal and professional lives separate. I value that advice a lot. Many people consider me to be focused. Yes, I am focused, But I also know when to switch off. There is life beyond cricket.

There is no doubt that Cheteshwar Pujara has learned a lot from Rahul Dravid, who is always ready to help the players. Pujara has done a fine job for the Indian team and he played a key role in India’s maiden Test series triumph on the Australia soil in 2018-19. The right-hander had scored 521 runs in four Test matches at an average of 74.43 and he was awarded the Player of the series.

Pujara has once again started to train at his own academy and he would look to get back in groove. The Saurashtra batsman will look to be at his best in the forthcoming series against Australia and he is going to hold the key in India’s batting order. The right-hander has a solid defence and he had faced 1258 balls on the previous tour of Australia. Thus, he was instrumental in tiring out the Australian fast bowling battery.