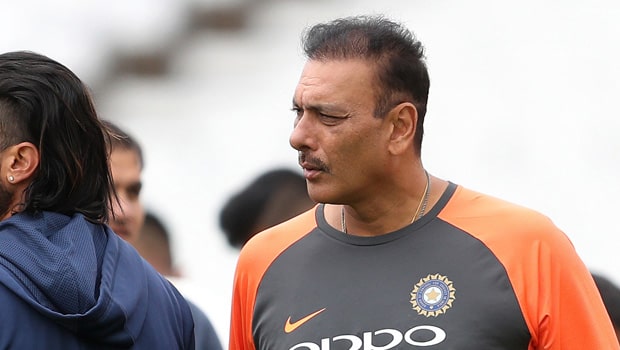 India’s head coach Ravi Shastri doesn’t see any other Indian captain replicate the success which Virat Kohli has achieved while leading against Australia. Kohli is the solitary Indian skipper to have won home as well as away series against the Australian team. The Indian captain had won the Border-Gavaskar series in 2017 by 2-1 in the home conditions.

However, it should be noted that the deciding Test match of that series was won under the leadership of Ajinkya Rahane at Dharamshala as Kohli was ruled out with a shoulder injury. Subsequently, Kohli created history as he became the first Indian captain to win a Test series in Australia as the team won by 2-1 in 2018-19.

It was a massive win for the Indian team as they had come up with a complete performance. Cheteshwar Pujara had scored 521 runs in four Test matches, including three centuries whereas Jasprit Bumrah had snared 21 wickets in that series. Thus, both of them had played an instrumental role in the team’s success.

“I cannot see Virat’s feat of winning against Australia both at home and away being emulated by another Indian captain for a very long time, cricket.com.au quoted Shastri as saying in ‘India’s 71-Year Test: The Journey to Triumph in Australia’ book.

“The satisfaction gained in registering India’s first series win in Australia after 71 years of heartbreak was immense,” he added.

In fact, Shastri had compared the 2018-19 win in Australia with the World Cup victory. The Indian head coach noted that Australia is never an easy place to savour success however the Virat Kohli-led team were able to go all the way because of their impressive fast bowling unit.

“Indian teams have done well in Australia since the turn of the (21st) century, but did not have the depth of fast-bowling resources. That is why this Indian team commanded respect from the hard-to-please Aussies like few others in the past,” he added.

Meanwhile, the ongoing series is currently tied at 1-1 and the third Test match is being played at the SCG.