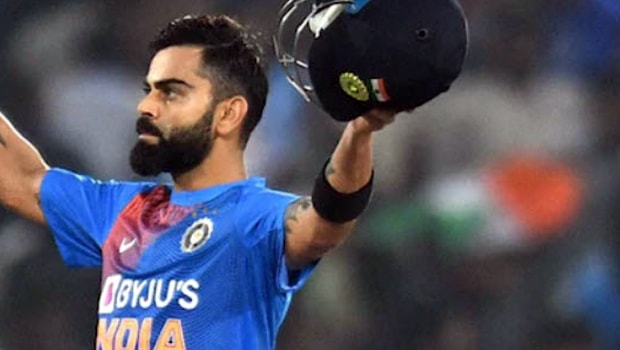 The Indian captain Virat Kohli has revealed the reason behind changing his stance. Kohli said he made the adjustment as he wanted to score all over the ground. The talisman had made an impressive start to his career but hit a nadir on the 2014 tour of England in which he scored only 136 runs in five Test matches.

Subsequently, Kohli changed his stance and it worked for him. The Indian skipper added it is imperative to evolve with the game and one must not be stubborn about their technique. Kohli feels one should always try to improve their game and if the change clicks, then they should stick to it.

“I changed because I wanted to score all over the ground,” Kohli said while talking to Tamim Iqbal in an Instagram live interaction. “The static position was limiting my shot making options. It works for many. Sachin Tendulkar for instance, he had no issues because of his superior technique and hand-eye coordination. I had to tweak it to suit my game. When someone first told me it could open up my options, I thought of giving it a try. Luckily, it clicked and I immediately started executing shots which I never thought I could.”

There is no doubt that it is pivotal to stay ahead in the game as the technology has taken giant strides. The bowlers can work on a batsman’s Achilles Heel and vice-versa with the help of videos. Ergo, it is essential to keep growing and be on one’s toes all the time at the International level.

“I have seen many players who had such a mindset like ‘No, I always play like this’ but the opposition will figure it out after sometime,” he pointed out. “So, you have to go ahead of your game. Coaches are telling you for your own good, for your own benefit, so the team gets benefited. So, if anyone says something in front of you then try and see what happens.

Virat Kohli is the best in the business and his hunger to improve himself is insatiable. The linchpin likes to give his best in the practice session and thus he has reaped fruits for his hard work. Kohli is also one of the fittest players in the world and gives his 120% when he is on the field. The right-hander is known to play with intensity and the same rubs on to the rest of his teammates.

Virat Kohli has dominated the cricket world in the last decade and he has grown in confidence with every year. The 31-year old has stayed ahead in the game and he has backed himself in every condition. One of Kohli’s biggest attributes is the fact that he hardly hits the ball in the air even in the limited overs formats and hence he doesn’t give a lot of chances to the opposition to dismiss him.