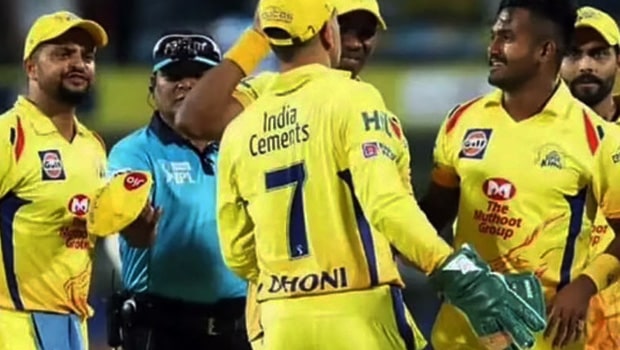 The win has moved the Knight Riders off the playoff spot after MS Dhoni’s side led through Ravindra Jadeja (31 not out off 11 balls) to clinch the win in Dubai on Thursday.

CSK were chasing 173-target, and Jadeja, through his late heroics, complemented Ruturaj Gaikwad, who scored 72, to record another win for the team already out of playoff spot.

In securing the win that severely dented KKR’s chances of making it to the playoffs, CSK were in control of the game. With 30 runs needed from 12 balls, Jadeja upped the ante by recording 20 runs from Lockie Ferguson in the 19th over.

The game got tensed as CSK needed seven runs off two balls after they could only gather three runs from the first four balls of the final over by Kamlesh Nagarkoti.

Jadeja kept his coll and duly dispatched the next two balls for sixes to seal the contest.

The loss didn’t only make things tougher for KKR; they have also been taken off India Premier League play-offs.

The defending champions, Mumbai Indian, is the first team to qualify.

It was looking like KKR will reduce the chase of CSK at a point after building some early pressure. Unfortunately, CSK survived when KKR skipper Eoin Morgan introduced Rana to bowl after nine overs.

KKR were then punished from the on, having been on 58/1 at that stage, as the off-spinner conceded 16 runs in the over, which change the momentum in CSK’s favour.

Gaikwad and Ambati Rayudu then confidently played some delightful cricket to take control of proceedings.

However, they suffered a setback when the skipper Dhoni departed in the next over. A faster delivery from Varun outgunned the veteran. This is the second time the spinner will be dismissing Dhoni in the tournament.

It was expected that Gaikwad would see it through, but his stump got rattled in the 18th over by Cummins.

During their inning, KKR recorded a steady start with Shubman Gill and Rana recording 53 for the opening wicket.

Rana then recorded successive sixes of Karn Sharma’s deliveries but was sent out in the 18th over after miscuing a lofted shot against Lungi Ngidi and then caught by Sam Curran.