Cheteshwar Pujara confident that India will do well in South Africa 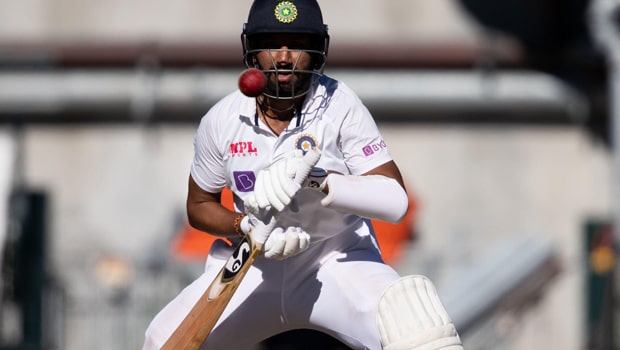 The much anticipated Test series between India and South Africa is set to begin with the Boxing Day Test in Centurion on December 26. The Men in Blue are yet to win a Test series in the Rainbow Nation and they will be hoping to break that jinx during the upcoming three-match series.

The last time India toured South Africa, it ended in a 2-1 loss for the visitors. Virat Kohli and co have scripted history on recent tours of Australia and England. Led by a galvanized pace bowling unit, they will fancy their chances against a weakened South African outfit.

Experienced batter Cheteshwar Pujara is also confident that India will do well against The Proteas. Speaking to BCCI.tv, the top-order batter mentioned that the current Indian side is more ‘balanced’ and is well capable of handling South African fast bowlers on the pacey and bouncy wickets.

“India has a much more balanced batting line-up. So I feel that we’ll be able to tackle that (South African pacers with seam movement and bounce) And with our preparations, I am confident that we’ll put up a good show,” said Pujara.

India will miss the services of recently appointed white-ball captain Rohit Sharma who has been one of the best Test batsmen for India this year. KL Rahul is all set to take up Rohit’s role of Test vice-captain in the team.

Cheteshwar Pujara has plenty of experience at the highest level. He has been a part of many successful tours away from home and is well aware of the difficulties that batters have to face on South African pitches.

The Proteas fast bowling unit led by Kagiso Rabada will only try to make matters worse but their team was dealt a sharp blow after Anrich Nortje was ruled out of the upcoming Test series because of injury.

Pujara mentioned that he knows what is expected of him and the team. “Most of the team play well in their home conditions. So it’s the same with the South African team. They have one of the best bowling lineups and facing them has always been challenging. When I first came here, both Dale Steyn and Morne Morkel were at their peak. I visited again in 2013 and 2017. So I understand what is expected,” he added.