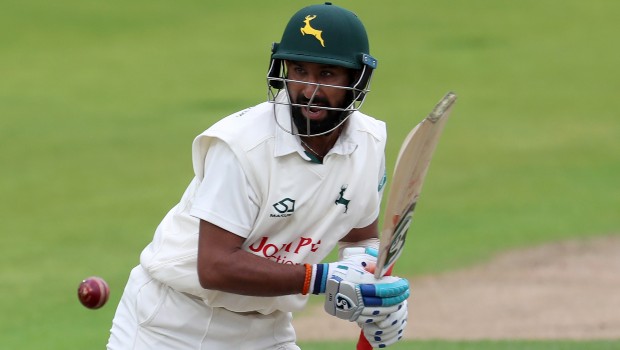 Australia’s off-spinner Nathan Lyon believes Indian batsman Cheteshwar Pujara goes unnoticed in the current Test side. Pujara is the spine of the Indian batting and there is no doubt that he sometimes doesn’t get the credit he deserves. The solid batsman had proved his mettle in the 2018-19 Test series against Australia as he had racked up 521 runs at a staggering average of 74.43.

The right-hander had faced more than 1100 balls in the four match series and had made Australian bowlers sweat hard for his wicket. Furthermore, Pujara scored three centuries in the series and thus he was awarded the Player of the series. Pujara was the difference between the two sides and India went on to win their maiden Test series in Australia.

Lyon added that the team generally focuses on the likes of Virat Kohli and Ajinkya Rahane but Cheteshwar Pujara is the one who goes under the radar.

“I think Pujara flies under the radar a little bit when you look at the Indian side,” Lyon was as quoted by ESPNCricinfo. “Obviously you look at Rahane and Virat and these guys. But Pujara is a wall. He’s the new wall I should say. It helps that he played exceptionally well last time out here. He adapted his game. He had a bit of luck which is what you need when you’re playing at the top level.

Lyon believes they will need to come up with plans to keep a check on Pujara. The right-hander had breathed down the neck of the Australian bowlers and the off-spinner want to leave no stone unturned to tackle the solid batsman.

Cheteshwar Pujara is known to grind out the bowlers and he is always unfazed in his approach. Pujara knows his strengths and he backs it to the hilt, to deliver the goods for the team.

Meanwhile, Lyon has enjoyed great success while bowling to Pujara in Test matches as he has dismissed him on nine occasions whereas the batsman has scored 420 runs against the off-spinner.

On the other hand, Pujara has enjoyed his time while playing against Australia. The Saurashtra batsman has scored 1622 runs at an average of 60.1 in 29 innings versus the Aussies.

India and Australia will play a four-match Test series in the latter’s home conditions, later in the year if the coronavirus situation improves. It is also reported that the series can be played behind closed doors if the need may arise.