Cheteshwar Pujara is the toughest to bowl – Pat Cummins 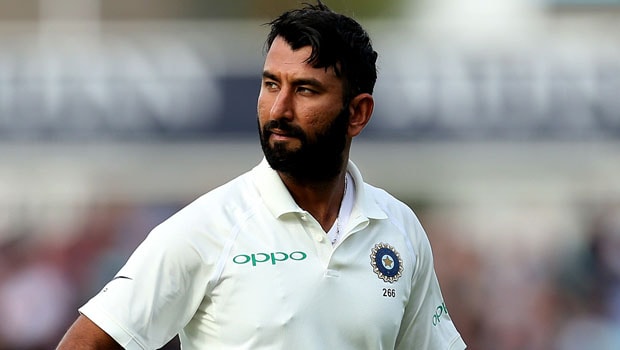 The number one Test bowler Pat Cummins rated India’s Cheteshwar Pujara as the toughest batsman to bowl in Test cricket. Cummins believes Pujara was the real pain in the back during the 2018-19 four-match Test series, which India won by 2-1. It was India’s maiden Test series victory on the Australian soil and Pujara had played a key part.

The solid right-hander had scored 521 runs in the four matches at a stunning average of 74.43. In fact, Pujara faced 1258 balls and played a crucial role in sucking up every ounce of Australian bowler’s energy.

Pujara was relentless in his approach and hardly gave an inch to the Australian bowlers. The Saurashtra batsman is well known for his temperament and his concentration level on that series was on another level.

Pujara kept going on and on and there was just no mercy for the opposition. The right-hander scored three centuries and one fifty in the series and thus he was awarded the Player of the series.

Pujara scored a century in the first Test at Adelaide to lay down the foundation and then also backed it up with two more hundreds in Melbourne and Sydney Test matches.

Cummins said Pujara is the toughest to bowl to while talking in a live session which was organised by Australian Cricket Association, “There are a lot of them out there, unfortunately. But I am going to go with someone different, and he is (Cheteshwar) Pujara from India. He was a real pain in the back for us”.

He (Pujara) was an absolute rock for them in that series. (He was) Really hard to get out. Just ultra concentration all day, day after day. He is the hardest one in Test cricket so far, I think,” concluded Cummins.

Pujara kept batting and the Australian bowlers had no answer of how to get him out before he did the damage. On the other hand, Cummins was not at his absolute best in the series as he took 14 wickets in the four matches at an average of 27.78.

Cheteshwar Pujara has been a consistent performer for the Indian team over the years. The right-hander has thus far scored 5840 runs in 77 Test matches at an average of 48.66. Pujara has had a merry time while playing against Australia as he has scored 1622 runs in 29 Test innings at an average of 60.1.