Cheteshwar Pujara not too concerned about the lack of centuries 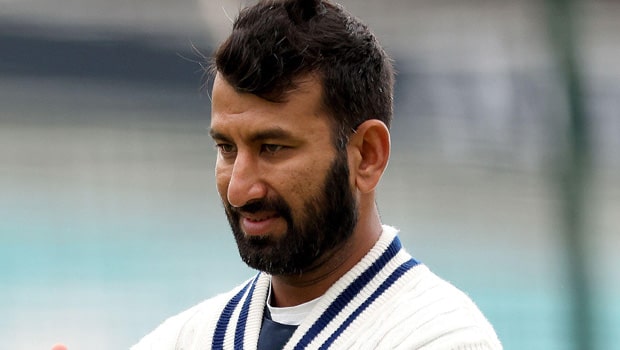 Despite being recognized as arguably India’s best batter in the purest format of the sport, Cheteshwar Pujara’s form has been a concern of late. Although there have been criticisms regarding his strike rate throughout his red-ball career, the lack of important knocks recently have further given food for thought.

The batsman from Saurashtra has had a lean patch with the bat. He hasn’t been able to score a century in two years. The focus will be on him once again when Team India take on New Zealand in a two-match Test series.

Pujara, however, isn’t too concerned about the lack of centuries. Speaking to the press ahead of the first Test against the Black Caps, he said, “I have been scoring runs, 50, the 80s and 90s. Yes, I have not scored a century but I am not worried about it. As long as I keep batting well and contribute to the team’s total, I am happy with that. And it’s just a matter of one innings but my focus is to bat well. As far as I keep doing that, a century is round the corner.”

The 33-year-old last reached the three-figure mark during the 2019 Border Gavaskar Trophy tour of Australia where he was one of the leading figures for Team India in a historic series win. Pujara has now gone 38 innings without a century.

Several fans and former cricketers have also criticized his intent. While his rate of scoring has almost always been low, at times, it has invited unnecessary pressure on the other batters to keep the scoreboard ticking.

Pujara did look aggressive in the last couple of Test matches against England. When asked about the same, he mentioned that it was just a shift in mindset. It had nothing to do with changing technique.

“When it comes to performing, I think that the mindset was a little different but when it comes to technique, I don’t think there was a major change. It was just the approach and I was a little bit fearless which helped. I don’t think you should put too much pressure on yourself and go there and enjoy your game rather than worrying too much about what’s going around.

“That was my mindset during the England series and so far, the preparation has been good and the experience of playing in Indian conditions will help. I’m sure that will help in the next couple of Test matches,” he added.