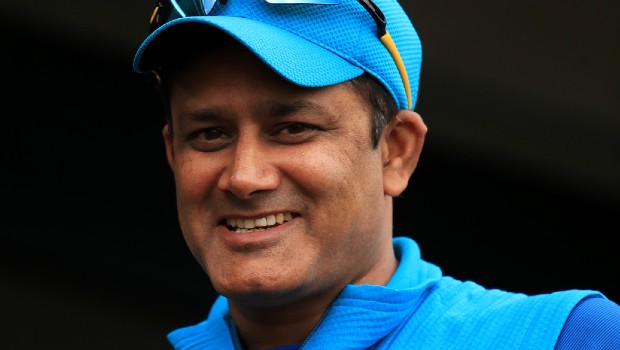 Kings XI Punjab head coach Anil Kumble reckons legendary Chris Gayle has a major to play as a mentor in the upcoming season of the IPL. Gayle has all the experience under his belt and Kumble feels Gayle will help guide the youngsters on the right path. The combative southpaw is the leading run-getter in the T20 format and he would like to get the best of the players.

Meanwhile, KL Rahul will lead Kings XI Punjab for the first time in his career. Rahul doesn’t have a lot of leadership experience and thus Gayle can help him in taking the right decisions on the field.

Furthermore, Gayle is going to play a massive role while opening the innings with KL Rahul. The left-hander can take the game away from the opposition if he bats for 10 overs. Gayle has the skills to hit the ground running and he will hold the key for Punjab.

“We will have to see the conditions at the main ground as we have been practising,” Kumble said. “Chris has a major role as a player and even otherwise.

“His leadership, his experience, the youngsters look up to him. It is not just Chris the batsman we are looking at but Chris in a leadership role in terms of his contribution to developing young players. I want him to be active in the mentorship role.”

Meanwhile, Anil Kumble has all the experience to get the best out of the players. Kumble has also worked with a successful franchise like Mumbai Indians and he knows the nitty gritties of mentoring a team.

On the other hand, Kings XI Punjab will have the firepower of Glenn Maxwell in the middle order. Punjab has players like Mayank Agarwal and Karun Nair in the middle order and they are going to provide solidarity to the team. Punjab also has Nicholas Pooran and James Neesham, who can take the attack to the opposition.

Punjab have quality T20 bowlers like Sheldon Cottrell and Chris Jordan, who both have impressed with their skills. Mohammed Shami is also going to add power to Punjab bowling line-up.