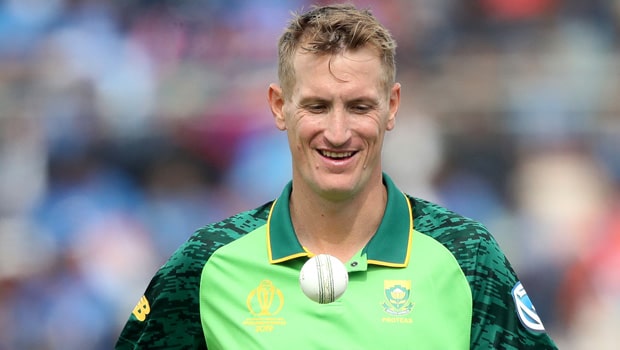 South African all-rounder Chris Morris became the most expensive player in the history of IPL Auctions on Thursday as Rajasthan Royals bought him for ₹16.25 crores after an intense bidding session.

Prior to Morris, former India all-rounder Yuvraj Singh was the most expensive player in IPL history as he was bought for ₹16 crores by the Delhi Daredevils in 2015.

Morris was released by Royal Challengers Bangalore (RCB) ahead of the auctions last month. RCB bought him for ₹10 crores in the last auction and he gave excellent bowling returns in the matches he played for them as well. However, he had his share of troubles with injuries throughout the season and that’s why RCB decided to offload him from their squad this year.

Surprisingly, they were seen bidding for him in the auction once again. But they went as far as ₹10 crores only. Mumbai Indians were also involved in the bidding war for Morris along with Punjab Kings. With four teams after him, Morris’ auction price soared up from ₹75 lakhs to ₹16.25 crores — approximately 22 times that of his base price.

“I started my cricket career in 2015 with Rajasthan so unbelievably happy, unbelievably excited for a very good squad and joining up with Rajasthan again. This is a very good experience, made lots of friend, lots of teammates in those year and so excited to joining after that many years. Yeah, it’s going to be a good one,” Morris told Star Sports after RR bought him.

As far as Morris’ IPL record goes, he has 80 wickets to his name in 70 matches. He has an economy rate of 7.81 as well, which is decent for someone who bowls a lot in the death overs. Moreover, he has scored over 500 runs too. At a strike-rate of 157.

The 33-year-old will now join a setup where he started his IPL career. He will enjoy the company of English stars like Ben Stokes, Jofra Archer and Jos Buttler at Rajasthan Royals. Along with Archer, Morris will have an important role to play — both with the new ball and at the death.