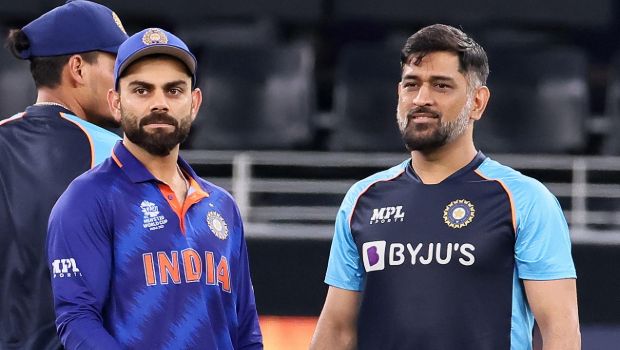 South African all-rounder Chris Morris has picked his T20 XI of all-time in which he has named MS Dhoni as the captain.

Morris has picked Rohit Sharma and Chris Gayle as the two openers of the team. Rohit has scored 5611 runs in 203 IPL matches at an average of 31.2 and a strike rate of 130.4.

Virat Kohli makes the cut into Morris’ team as the former RCB skipper is the highest run-getter in the IPL. Kohli has amassed 6283 runs in 207 IPL matches at an average of 37.4 and a strike rate of 129.9.

Kieron Pollard, who has been a consistent performer in the IPL, has been picked by the Proteas all-rounder. Pollard has scored 3268 runs in 178 IPL matches at an average of 30 and a strike rate of 149.8. MS Dhoni has been named as the captain of the team as the talisman has scored 4746 runs in 223 IPL matches.

Sunil Narine is the solitary spinner of the team as he has scalped 143 wickets in 134 IPL matches and he has also delivered the goods as a batter for KKR. Jasprit Bumrah, Lasith Malinga, and Brett Lee constitute the pace battery of Morris’s team. Malinga is the highest wicket-taker of the tourney with 170 wickets in 122 IPL matches.

Bumrah is regarded as one of the best death bowlers in the tournament and he has snared 130 wickets in 106 IPL matches. Brett Lee had scalped 25 wickets in 38 IPL matches he played.