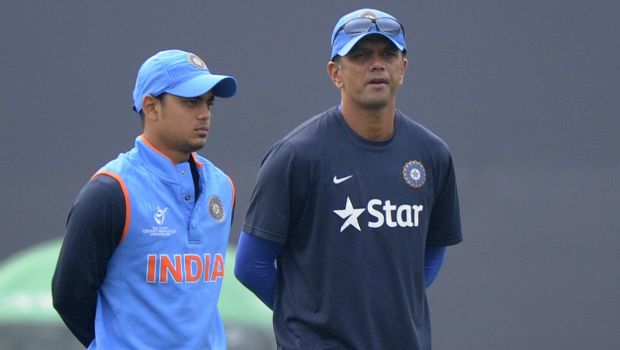 Dravid was officially appointed as the head coach of the team on Wednesday by the Board of Control for Cricket in India.

India has had its issues in the knockout matches of the major ICC events in the last eight years. Team India has been consistent throughout these marquee events but they have to win the crucial stages of the big matches.

Thus, they have failed to bring their best in the big matches of the big tournaments, which has been disappointing. Furthermore, the Indian team is all but knocked out of the ongoing T20 World Cup 2021.

On the other hand, Rahul Dravid has all the experience under his belt and he will look to bring his best to the table as the head coach of the team.

Aakash Chopra said on his YouTube Channel, “Let’s try and address the elephant in the room… which is that we don’t win ICC knockout matches. Since the 2013 Champions Trophy, we have always lost in knockout matches. So there’s something that needs to be changed, right? Our main players don’t perform in these games so is there something lacking? That’s something he will have to address because coming second is no longer an option.”

Meanwhile, Chopra feels Rahul Dravid will need to find a new crop of all-rounders in the team if they are to savor of success in the limited-overs format. India currently has all-rounders like Hardik Pandya and Ravindra Jadeja but the former’s bowling fitness has been an issue for the team.

“Another challenge and job that Rahul Dravid will have to do will be to find new all-rounders… You can’t get the current top-6 to bowl but the next generation that you are preparing right now, you’ll have to start picking such players in it… You might take a slightly inferior batsman if he can give you a few overs because then he’s a better package. Instead of a better batsman go for a better package. This revolution will have to come. You will have to start rewarding players with more than one skill. In T20 cricket, only batting or only bowling doesn’t work. If you have to win the 2023 World Cup, you’ll need all-rounders.”

Dravid’s first assignment as the head coach of the team will be the T20I series against New Zealand.