Home » Cricket » Coronavirus: Virat Kohli and wife urges people to stay at home as they bat for self-isolation

Coronavirus: Virat Kohli and wife urges people to stay at home as they bat for self-isolation 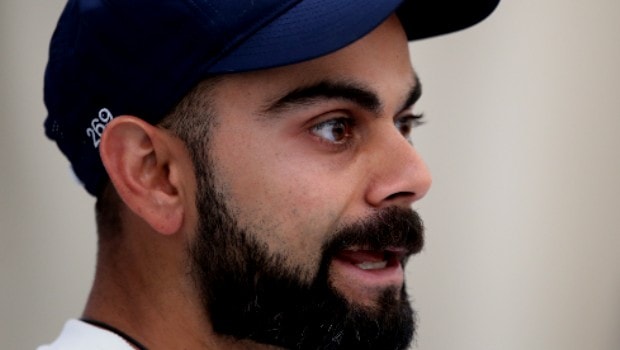 India’s skipper Virat Kohli and his wife, Anushka Sharma, have appealed to people on self-isolation to combat the dreaded COVID-19 pandemic.

The dreaded virus has led to the death of over 9000 globally. Europe is now the epicenter with Italy suffering over a hundred casualties.

Kohli and his wife, who is an actor in a video message posted on Twitter, appealed to everyone to stay at home. Their appeal is coming a day after India’s Prime Minister Narendra Modi addressed the nation on the same topic.

While noting that everyone is going through a challenging time, Anushka said the only way out is by acting together.

The couple took turns to speak, telling their fans they have been staying at home for their safety and every other person.

He, therefore, urged them to follow and respect the government’s directive by staying at home., be safe and healthy.

Also speaking, Anushka urged the citizens to prevent further spread of the virus by making things safe for everyone else by self-isolation.

Their call is coming amidst other calls from sports personalities who have come out to spread the message needed to combat the coronavirus pandemic.

On the virus which has infected more than 2,00,000 people worldwide, Modi had during this address also called for what he termed a ‘Janta curfew’ beginning on March 22, which requires the citizens to stay at home from 7 am to 5 pm.

The pandemic virus has also affected the commencement of the Indian Premier League 9IPL, which was scheduled to start March 29 and end in the next 50 days.

But with the frightening figures, the resumption of the tournament is unlikely.

The virus has affected many sports calendar forcing the European nations cup, and the Copa America billed for Colombia this year to be postponed till next year.

As a result of the shift, clubs will have the time to complete their domestic games.