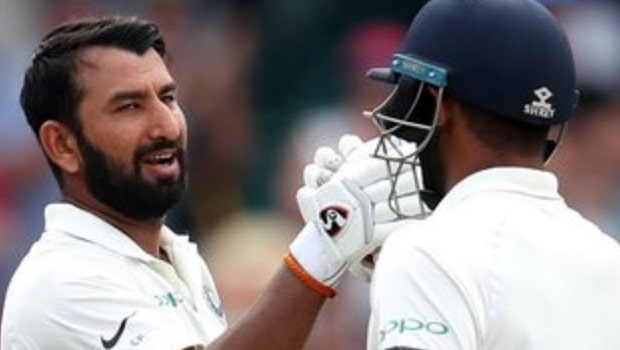 Due to the current health challenge posed by the dreaded COVID-19, the Indian teams for all three formats might travel together to Australia.

The selectors are expected to announce players that would be going to Australia soon from Dubai after the ongoing India Premier League (IPL).

According to TOI, the selectors will pick the three teams (for 3 ODIs, 3 T20Is, and 4 Tests) simultaneously, and the squads could leave together in a bubble from Dubai.

However, it remains unknown if cricket will be affected as Australia recently opted out of the international break for football scheduled for next month.

With no notice from the Australian cricket regulators, it appears India is going ahead with the plan of having a squad of around 30 players arriving in Australia at the same time.

This is expected to help in the smooth operation of the bio-bubble. It could be recalled that the New South Wales government finally agreed to Cricket Australia’s request of allowing visiting teams to train in the quarantine period.

The tour’s limited-overs leg will kick off on November 27 as the Indian teams are expected to land in Sydney ahead of the period. The games will be played in Sydney and Canberra.

Meanwhile, the Test series will be a day-night event in Adelaide scheduled between Dec 17 and Jan 19 in Brisbane.

TOI reports that Test specialists Cheteshwar Pujara and Hanuma Vihari have been intimated that they should get ready to travel to Dubai next week to join up with the contingent that will eventually move to Australia.

A BCCI source told TOI on the condition of anonymity that a date has not been set yet for the traveling, but the support staff has been intimated of the traveling plan anytime from now.

Meanwhile, many players are still fighting for a place in the Indian team. Part of those trying to stake a claim to the fifth pacer’s slot includes Mohammed Siraj and Shardul Thakur, who has been in scintillating forms in the ongoing IPL in the United Arab Emirates.