Home » Cricket » COVID-19: Regular sanitizing of hand will be too much on players, says Irfan

COVID-19: Regular sanitizing of hand will be too much on players, says Irfan 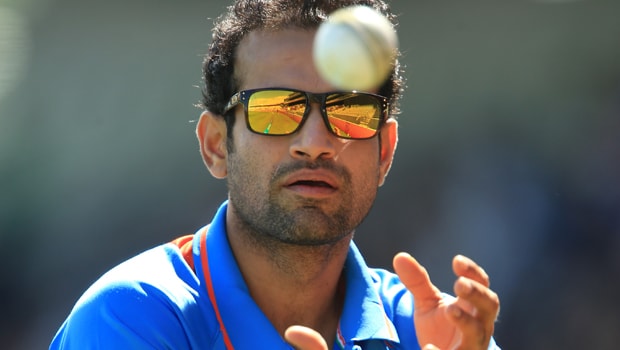 Former Indian cricketer, Irfan Pathan, has declared that some of the International Cricket Council (ICC) guidelines on the resumption of cricket border are impractical.

He said they would, therefore, need to review them as the cricketing world get closer to action.

The ICC had last week made recommendations on some “back to cricket” guidelines, which include 14-day pre-match isolation training camps as part of health safety protocol to ensure no one contracts COVID-19.

The training and playing guidelines issued by world body is expected to change the way the game is played drastically. Top among the guidelines that must be followed are regular hand sanitizing when in contact with the ball, there won’t be loo or shower breaks while training, there is a minimization of time spent in the changing room before and after a game, there won’t be the use of saliva on the ball and no handing over of personal items (cap, sunglasses, towels) to fellow teammates or the on-field umpires.

Commenting on the guidelines, Pathan, who noted that social distancing is possible in an individual sport said will be very tough in a team sport like cricket and football.

Wondering if a player who needs a slip during the game won’t employ it, the former Indian pacer said that he is okay with the 14-days mandatory isolation process for a team before the game but said the guidelines for the players during the match is complicating. He stated that with this, there is no point of quarantining players.

While noting that safety cannot be compromised, he said the regular sanitization during the game will be too much to on the players, especially the bowlers.

He also noted that it is still premature to prepare a fixed set of guidelines for cricket with evolving situations surrounding the virus.

Apart from the hand sanitization, he also wonders how social distancing can be maintained by players in the dressing room, adding that the situation has, therefore, becomes quite complicated.