All About Cricket Main Tournaments 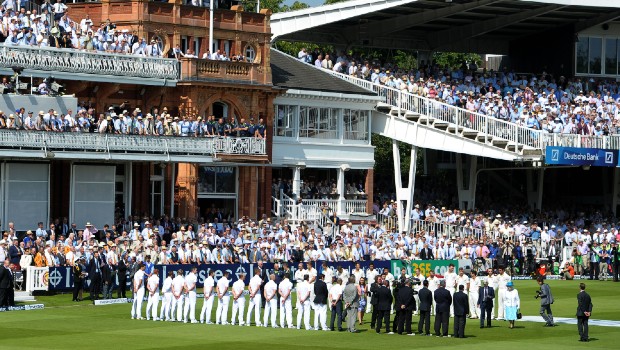 Since it started in 1721 in India, cricket has been one of the major sports in the country. It was in 1952 that the national team recorded its first Cricket Test victory against England at Madras (now known as Chennai). Apart from that, in the same year, India won its first series against Pakistan.

It is no news that Cricket is always growing in India, especially when the country is well-known for having one of the strongest teams in the sport. Below you can see some of the main tournaments and cricketing events that India team usually takes part in.

Organised by the International Cricket Council (ICC), the Cricket World Cup is one of the most respected tournaments in the sport. It is the largest celebration of cricket and occurs every four years with preliminary qualification rounds leading up to a finals tournament.

The tournament has four stages that teams from around the world put out their strongest players in an effort to win: the Super 8, 6, the semi-finals and the finals. India is twice World Champion: the first victory was in 1983 against England, then they triumphed over Sri Lanka in the 2011 Cricket World Cup on home soil. The team was also runners-up at the 2003 Cricket World Cup, and semifinalists four times in 1987, 1996, 2015 and 2019.

Considered one of the most popular events in the cricket calendar, the ICC T20 World Cup is the main international Twenty20 tournament and it’s organised by the International Cricket Council. The first men’s T20 World Cup took place in September 2007 in South Africa, with India winning the inaugural title.

All ICC full members qualify automatically for the tournament, with the remaining places filled by other members through the T20 World Cup Qualifier. In each group stage (preliminary round and the Super 10 round), teams are ranked against each other based on the higher number of points, higher number of wins, higher net run rate, lower bowling strike rate or the results of head to head meeting. The T20 format is popular as it consumes less time.

The most watched sporting event in India is a professional Twenty20 cricket league. Founded in 2008 by the Board of Control for Cricket in India (BCCI), the Indian Premier League (IPL) is contested during March or April and May of every year by eight teams representing eight different Indian cities.

In 2010, the Indian Premier League became the first sporting event in the world to be broadcast live on YouTube and is recently ranked between the top 5 most-watched domestic leagues.

The ACC Asia Cup is a men’s One Day International and Twenty20 International cricket tournament. The competition is among Asian cricketing nations, including driving forces like India, Pakistan, Sri Lanka, Bangladesh and UAE. Established in 1983, the tournament was created by the Asian Cricket Council as a measure to promote goodwill between Asian countries.

It was originally scheduled to be held every two years, even though it had to be cancelled on two occasions due to political tensions in the continent. India won seven titles: 6 ODI and one T20 – and is the most successful team in the tournament.

Are you a true cricket fan? Then check out the most curious cricket facts or test your knowledge right now with our cricket trivia quizzes!

See our IPL betting tips on the IPL part of the text.