The Most Curious Facts about Cricket 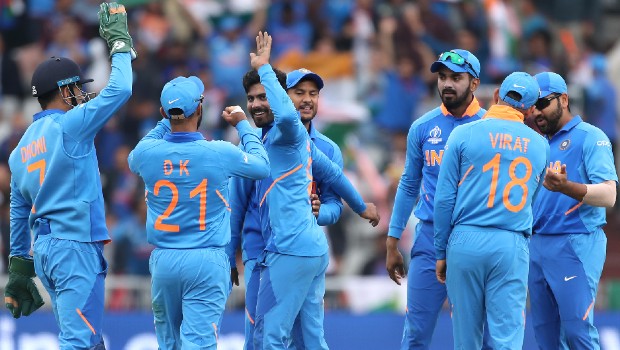 As a cricket fan, you must know everything about the sport – including some curiosities that came along its history. And if you’re here to try to understand a little bit more about our culture, you’re in the right place too. Since the game is so popular in India, we’ve listed some facts that you may like to take a look and get to know more about our cricket history.

Have a nice reading!

Top 3 Most Successful Cricket Teams of All Time

India has won 2 World cups (1983 and 2011) and also the T20 World Cup (2007). After the 1970s the team has risen with some great players like Sunil Gavaskar, Kapil Dev, Erapalli Prasanna and Srinivas Venkataraghavan, Bhagwat Chandrasekhar, Sachin Tendulkar, Sourav Ganguly and MS Dhoni – who’s recently one of the top 100 influential people of the world.

Compared to India and Australia, Sri Lanka has less testing experience, but it pays off in terms of ODIs. With 1 world cup in its records (1996) and qualifying for the finals (2007 and 2011) and T20 finals (2009), the team holds the record for the highest total team in the three forms of the game.

Apart from being a physical game, cricket is also known as a mental sport. The players have to make important decisions in a short time, formulate and think of strategies for the team’s success during the match. All that pressure can be extremely tough, which makes some players stand out when it comes to thinking about tactics and making important decisions to out-think their opponents.

Have a look at some of the best brains of all time in cricket.

Mahendra Singh Dhoni is an Indian cricketer who forayed into international cricket in 2004 against Bangladesh and was run out in the very first innings of his career. From 2007 to 2016, he captained the Indian national team in limited-overs formats and in Test cricket from 2008 to 2014.

The South-African international cricketer Quinton de Kock is regarded as one of the best wicket-keeper batsmen in the world. He has taken over the South Africa ODI skipper during the series against England and impressed some experienced players and coaches, such as Mark Boucher, the head coach of the national team. He felt that Quinton could replicate what MS Dhoni has done for Team India over the time period. The player was praised for some clever moves that led to the dismissal of opposition captain Eoin Morgan and Joe Root.

Sir Clive Lloyd is a Guyanese former cricketer who played for the West Indies cricket team and was one of the greatest players the team have ever had. In 1975, when the ODI format was still being explored, the Caribbean team won the inaugural World Cup. And Lloyd was the one who lifted the trophy at the Lord’s Cricket Ground.

In 1979, Lloyd’s team again became the champion. And then in 1983, West Indies qualified for the final but was beaten by India against the odds at Lord’s itself. He was also the ICC match referee from 2001 to 2006 and in 2009 he was inducted into the ICC’s hall of fame. In his playing career, he scored 91 tons and 241 fifties.

Cricket is one of the most popular sports in India. Since it started, in 1721, many facts came across to mark history. We listed some of the most interesting ones in Indian Cricket according to the India Times.

The refusal of a great cricketer

Sunil Manohar Gavaskar is a former Indian international cricketer who played from the early 1970s to the late 1980s for the Bombay cricket team and Indian national team. He was the first batsman to reach 10,000 Test runs and ended his career scoring 34 Test centuries. But before all that, he was out three times off the first ball of a Test match. The bowlers to dismiss him were: Geoff Arnold (Edgbaston, 1974), Malcolm Marshall (Kolkata, 1984) and Imran Khan (Jaipur, 1987).

The bat that came with a record

The Pakistani cricketer Shahid Afridi is the former captain of the Pakistan national cricket team. In 1996, he was flown in to play for the Pakistan team from West Indies to Nairobi and didn’t have a proper bat. Waqar Younis, one of the greatest bowlers of all time, gave him Sachin Tendulkar’s bat. He then hit 11 sixes and six boundaries with the bat and scored a 37-ball century against Sri Lanka which was the then fastest ODI century.

ML Jaisimha and Ravi Shastri are the only Indians to beat the five days of a test. Both feats were recorded in the Gardens of Eden in Calcutta. To date, the record has not yet been broken.

The first Indian cricketer to be kissed during a Test match

Abbas Ali Baig is an Indian former cricketer who played in 10 Tests between 1959 and 1967. In 1960, when he reached a half-century in the third Test match against Australia at the Brabourne Stadium, a girl ran all the way from the North Stand to greet the batsman and kissed Baig on his cheek.

The only man to play Test cricket for India and England

Test your knowledge on cricket facts with our Cricket Trivia Quizzes!

Don’t forget to check our cricket betting tips and read more about the Indian Premier League and the 2023 World Cup predictions so you can start betting.