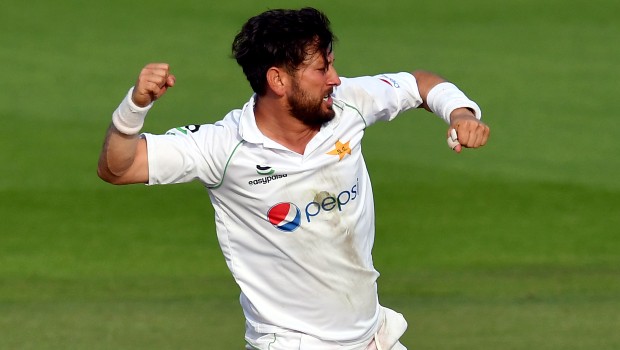 The three-match series between England and Pakistan could not have started on a better note. It was a see-saw battle between the two sides with Pakistan dominating for more than three days but it was England, who had the final laugh. The hosts won the thrilling first Test match by three wickets to draw first blood and lead the three-match series by 1-0.

We take a look at the top player of the team betting for the second Test match between England and Pakistan, which will take place at Ageas Bowl, Southampton from August 13.

Yasir Shah – Pakistan experienced spinner Yasir Shah proved his worth in the first innings of the opening Test against England when he scalped four wickets. Shah was able to get the turn from the surface and bamboozle the England batsmen with his skills. He also scalped four wickets in the second essay to take a total of eight wickets in the match.

Shah took his time initially as he was on the expensive side but more importantly he gave his team the crucial breakthroughs of Joe Root and Jos Buttler in the first innings. The leg-spinner bowled in the right areas and asked the right questions from the England batters.

As the pitches have been on a slower and drier side, Shah will come into action in Ageas Bowl, Southampton.

England’s veteran fast bowler Stuart Broad has been in staggering form. Broad scalped three wickets in the first dig whereas took three more in the second essay in the first Test match against Pakistan.

Broad was at his best against the West Indies and he would like to replicate the same performances against the Azhar Ali-led team. The right-arm pacer has got the seam movement from the surface and has made good use of his experience in the recent past.

Furthermore, Broad has also shown good form with the bat and he can get crucial runs while batting down the order as he did against the West Indies in the final Test.