IPL 2020: Four teams which can qualify for the playoffs 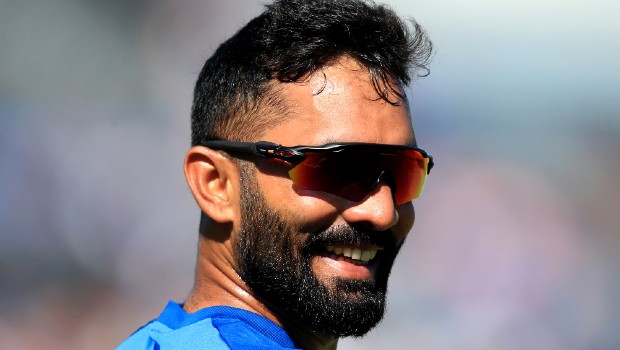 As soon as the IPL begins, all the eight teams’ first goal is to take one game at a time, which eventually gets them too close to the first checkpoint – the playoffs. Every team plays 14 matches in the league stages, twice against one particular team and one which wins more than seven or seven, goes into the final four of the tournament.

All the eight teams have their respective strengths and weaknesses in the IPL. We at Dafanews, try to predict four teams which can qualify for the playoffs, once the IPL 2020 begins after the pandemic situation is over.

Whenever the IPL is about to start, there is a saying which goes around the social media. It says IPL is a tournament where the seven teams battle it out to play CSK in the final.

Chennai is the most consistent side in the IPL history. The MS Dhoni-led side has made it to playoffs on every 10 occasions they have played in the league. Furthermore, they have made it to eight finals in the IPL folklore, which is the most for any team. CSK is the second most successful team with three IPL titles.

The reigning champions Mumbai Indians have not yet successfully defended their title in consecutive years and thus they will look to turn the corner. Rohit Sharma-led side is the most successful team in the IPL history with four titles under their belt.

Mumbai has great power-hitters in their side and they have a potent bowling line-up with Jasprit Bumrah and Lasith Malinga. Furthermore, they have all-rounders like Kieron Pollard, Hardik Pandya and Krunal Pandya, who adds value to the team.

Delhi Capitals had shown an upward swing in their improvement graph in the previous edition. The Capitals had made it to the playoff stages in IPL 2019 after six years.

Shreyas Iyer-led team is a young brigade which is full of confidence. Players like Rishabh Pant, Shreyas Iyer, Prithvi Shaw and Kagiso Rabada have impressed with their performances. Furthermore, they will have the experience of Shikhar Dhawan, Ajinkya Rahane and Ravichandran Ashwin. They had also roped in Shimron Hetmyer who can provide the firepower in the middle order.

Kolkata Knight Riders will be a force to reckon with in the forthcoming edition of the IPL. The two-times champions had roped in players like Pat Cummins, Eoin Morgan and Tom Banton, who can make a huge difference to the side.

Dinesh Karthik-led side also have the best T20 all-rounder in their side – Andre Russell, who had a dream last season. KKR will aim to tick the right boxes and they have got the players who can help them go all the way in IPL 2020.