IPL 2020: Three bowlers who could be the leading wicket-takers 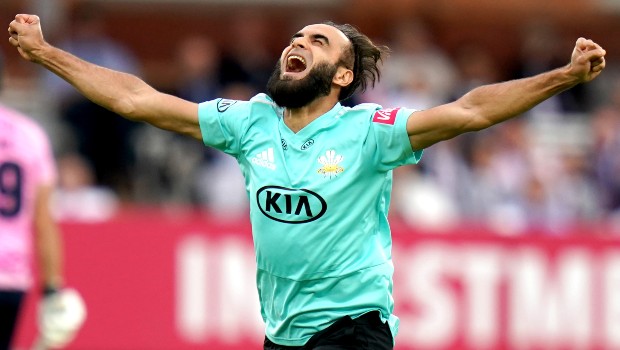 It is a famous saying that batsmen win you games whereas the bowlers win you the tournaments. The bowlers are mostly underrated in their profession but there is no doubt in the fact that they play a crucial role in taking their team to glory. A wicket at a pivotal juncture of the match can change the course of the match.

Meanwhile, the IPL 2020 is hanging on by thin thread due to the ongoing coronavirus pandemic. However, we at Dafa news, thought to predict the three bowlers who could go on to become the leading wicket-takers in the tournament, once it begins after the health crisis is over.

It is often said that age is just a number and Imran Tahir is proving it right. The leg-spinner from South Africa is 41-years old but there is never a humdrum moment when he is bowling. Tahir had bagged the purple cap in IPL 2019 as he had scalped 26 wickets in 17 matches of the season and bowled at a fine economy of 6.69.

The leg-spinner was at his best and bamboozled the opposition batsmen with his variations. Overall, the CSK spinner has snared 79 wickets in the 55 IPL matches at an average of 20.39. The veteran has three four-wicket hauls in the tourney. Thus, he would be a top contender once again to finish as the highest wicket-getter.

Mumbai Indians’ pack leader Jasprit Bumrah is one of the best bowlers in the world right now. Bumrah knows what are his strengths and he is known to back it. Furthermore, the pacer’s execution is mostly right on the money. The right-arm fast bowler had scalped 19 wickets in the previous season in 16 matches and conceded his runs at an economy of 6.63.

Consequently, Bumrah was instrumental in taking Mumbai Indians to their fourth IPL title. The 26-year old has breathed down the neck of the opposition batsmen with his accurate yorkers and he is rarely off the mark. Ergo, Bumrah is the best death bowler going around in the world. Bumrah has claimed 82 wickets in 77 IPL matches at 26.59.

Sunrisers Hyderabad’s leg-spinner Rashid Khan is the best spinner in the shortest format of the game and ICC T20I rankings tells us the same story. Rashid has a quick arm action, which makes it difficult for the batsmen to pick him up from the hand. Furthermore, the leg-spinner bowls at a higher speed which again makes it harder to read him off the pitch.

Hence, Rashid enjoys his wood on the world-class batsmen in the IPL. The leg-spinner from Afghanistan had bagged 17 wickets in 15 matches of IPL 2019 and had bowled at an economy of 6.28. Overall, Rashid has taken 55 wickets in 46 IPL matches at 21.69