IPL 2020 – Three young players to watch out for 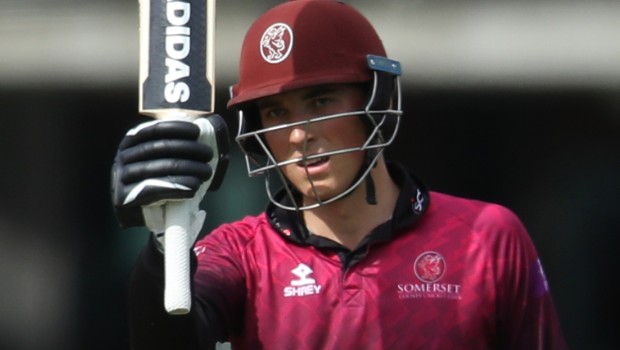 The Indian Premier League has always given a platform to the young players to showcase their skills. It provides them the opportunity to play with and against the best players of the world. The IPL also throws them in front of huge crowds and thus it teaches them how to absorb pressure. It also gives them a chance to play under the tutelage of world class coaches.

It is well known that performing in the IPL can make a player’s career and it is a great opportunity to learn from the best. We at Dafa news take a look at three young guns to watch out for in the upcoming edition, if the season goes ahead after the pandemic situation  improves.

The 18-year old Yashasvi Jaiswal has been the talk of the town in the recent past. The left-hander has made headlines and he has worked hard with true grit, gumption and determination. The southpaw has battled through the hardships of life and he has come out as a winner.

The youngster was bought for INR 2.40 crores by Rajasthan Royals in the IPL 2020 auctions. The prodigy finished the Under-19 World Cup 2020 as the highest run-getter as he scored 400 runs in six matches at an average of 133.33 and received the Player of the tournament award. Thus, he will be the cynosure of all eyes.

The leg-spinner from Rajasthan, Ravi Bishnoi has impressed with his variations. The youngster has shown that he has a plethora of arrows in his quiver and he knows which one to take out at what time. Bishnoi was roped in by Kings XI Punjab for INR 2 Crores in IPL 2020 auctions.

Bishnoi has quick arm action and he mostly relies on his googlies to bamboozle the batsman. The 19-year old youngster was the highest wicket-taker in the Under-19 World Cup 2020 as he snared 17 wickets in six matches at an impressive average of 10.65. In fact, Bishnoi had turned the final against Bangladesh on its head as he scalped four wickets but his efforts had went in vain.

England’s young batsman Tom Banton will look to impress in his maiden season of the IPL. Banton was grabbed by Kolkata Knight Riders for his base price of INR 1 crore.

Banton has impressed with his pyrotechnics and he was the second highest run-getter of T20 Blast 2019. The 21-year-old had scored 549 runs in 13 innings at an average of 42.23 and a blistering strike rate of 161.47 while playing for Somerset. Furthermore, the wicket-keeper batsman continued the same form going in the Big Bash League as he scored 223 runs in seven innings at a staggering strike rate of 176.98 while playing for Brisbane Heat.