Match Prediction for the third T20I between England and Pakistan 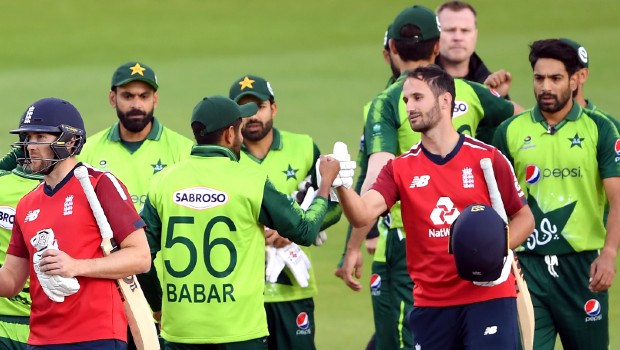 England took a 1-0 lead after winning the first T20I against Pakistan as they came up with a blistering batting effort in the second T20I at Old Trafford, Manchester. Dawid Malan, Eoin Morgan, Tom Banton and Jonny Bairstow were in fine form whereas Babar Azam and Mohammad Hafeez had delivered the goods with the bat for Pakistan.

Both the teams have shown great form with the bat but they have lacked in their bowling effort. Thus, the batsmen are expected to once again play a crucial role in the success of the team.

Match Prediction: England is going to hold an advantage based on their current form and head to head analysis. Furthermore, the Eoin Morgan-led team has the home advantage and they know how to make the most of the conditions. The team which will win the toss will look to bowl first and will have its wood on the other.

Players to look out for: Tom Banton and Eoin Morgan have been in sublime form whereas Babar Azam and Mohammad Hafeez made most of their experience for Pakistan.

The spinners, Adil Rashid for England and Shadab Khan for Pakistan will play an important role for their respective teams.

The pitch was helpful for the batsmen and the bowlers are expected to have another hard day at work.

The third and final T20I between England and Pakistan will be played at the same venue of Old Trafford, Manchester on 1st September.