T20 World Cup 2021: Match Prediction for the game between Australia and West Indies 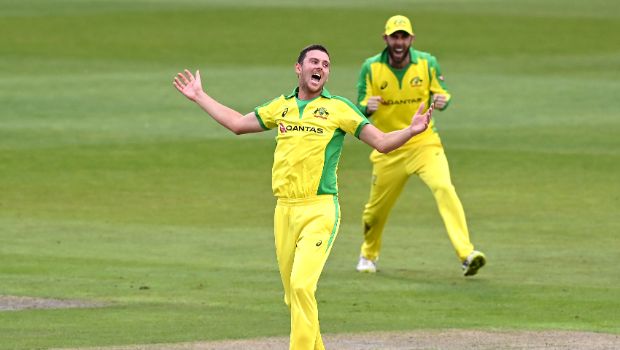 With the semifinals berth at stake for Australia, the Aaron Finch-led team will face West Indies in the 38th match of the T20 World Cup at the Sheikh Zayed Stadium, Abu Dhabi on Saturday.

A win for Australia will almost seal their place in the T20 World Cup semifinal and it will be interesting to note their approach.

Australia won their previous match against Bangladesh and did themselves a huge favor by beating the opposition by a gargantuan margin to improve their NRR. Thus, it means if the Men in Yellow are able to win their last Super 12 match against the Windies, they will almost confirm their place in the last four.

The reigning champions West Indies haven’t been able to bring their best in the ongoing T20 World Cup 2021 as they have lost three out of their four matches in the Super 12 stage. The Windies lost their previous match against Sri Lanka by 20 runs, which knocked them out of the tournament. The Caribbean nation will look to give a bidding farewell to Dwayne Bravo, who has announced his international retirement.

West Indies clearly holds the advantage in the head-to-head battle against Australia.

Match Prediction: Given current form, Australia will be the favorites against West Indies.