T20 World Cup 2021: Match Prediction for the game between India and Namibia 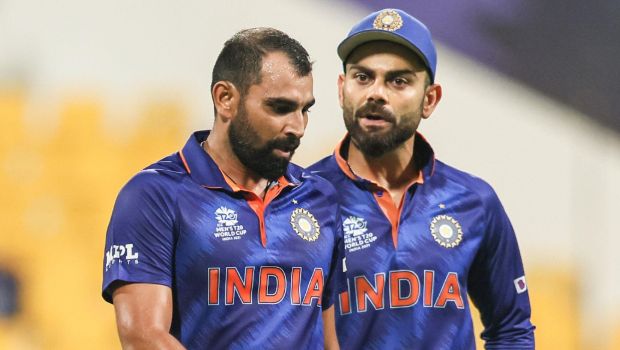 India and Namibia will take on each other in the 42nd match of the ongoing T20 World Cup at the Dubai International Cricket Stadium on Monday.

Team India has been knocked out of the T20I showpiece after New Zealand defeated Afghanistan by eight wickets to secure their semifinal berth. Thus, the match between India and Namibia will be a dead rubber.

India will be disappointed as they have been knocked out of the ongoing T20 World Cup. The Virat Kohli-led team could not come up with a collective effort in their opening two matches against Pakistan and New Zealand and thus they had to pay the price for their poor performance. The Men in Blue will look to end their tournament by winning their last match.

Namibia has lost its last three matches against Pakistan, Afghanistan, and New Zealand. However, the African country has impressed with their performances throughout the tournament. In fact, Namibia could have restricted the Kiwis to an under-par score in their last match but Glenn Phillips and James Neesham had turned the tables.

Head to Head: India and Namibia have never faced each other in the shortest format of the game.

Zane Green, Gerhard Erasmus, David Wiese, and JJ Smit will be the crucial players for Namibia.

Match Prediction: India will enter the contest as favorites depleted Namibia side.