T20 World Cup 2021: Match Prediction for the game between New Zealand and Namibia 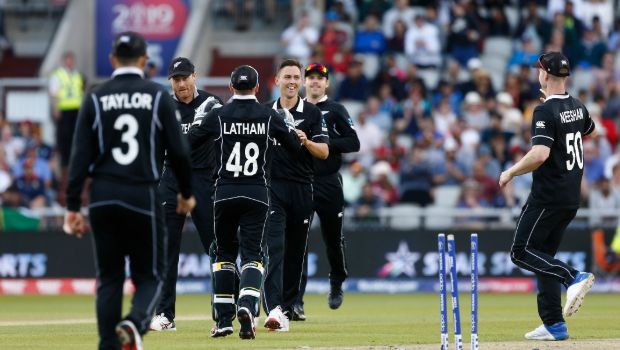 New Zealand and Namibia will lock horns against one another in the 36th match of the ongoing T20 World Cup at the Sharjah Cricket Stadium on Friday.

The Blackcaps have won two out of the three matches they have played while Namibia has managed a solitary win in the Super 12 stage.

New Zealand won their previous match against Scotland but the Kiwis had their work cut out as they won only by 16 runs. Thus, they have must have their heart in their mouth in the later stages of the game. The Kane Williamson-led team will now look to bounce back with a stronger performance against Namibia.

Namibia has lost their previous two matches and they will look to give a solid challenge to the Kiwis in their fourth match of the Super 12 stage. After registering a good win against Scotland, Namibia has lost against Afghanistan and Pakistan by a margin of 62 and 45 runs respectively.

Head to Head: Both these teams have never played against each other in the T20 format and this will be their first meeting.

Players to look out for: Zane Green, Gerhard Erasmus, David Wiese, and JJ Smit will be the crucial players for Namibia.

Match Prediction: There is no doubt that New Zealand will enter the contest as clear favorites against Namibia.