T20 World Cup 2021: Match Prediction for the game between South Africa and Bangladesh 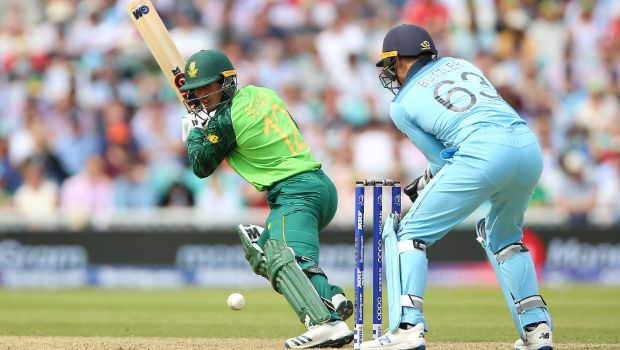 We have made Match Prediction on the basis of current form, head-to-head, stats, and players to watch out for in the upcoming match.

South Africa has made a fine comeback after losing their opening match against Australia. The Proteas won their previous match against Sri Lanka by four wickets as they came up with a fine bowling performance. Tabraiz Shamsi and Dwaine Pretorious scalped three wickets each and they were able to restrict Sri Lanka to 142 runs.

Bangladesh hasn’t been at their best in the Super 12 stage and has lost all their matches. The Tigers lost their previous match against West Indies as they could not chase down a paltry score of 143 runs. The team’s batting unit has let the team down as they haven’t got enough runs on the board. Furthermore, Bangladesh has suffered a huge blow as Shakib Al Hasan has been ruled out of the rest of the tourney due to a hamstring injury.

South Africa clearly holds the advantage over Bangladesh and the Asian team is yet to win a T20I against the Proteas.

Liton Das, Mushfiqur Rahim, Mahmudullah, and Mustafizur Rahim will be the players to look out for from Bangladesh.

Match Prediction: South Africa will enter the contest as favorites against depleted Bangladesh due to their current form and team balance.