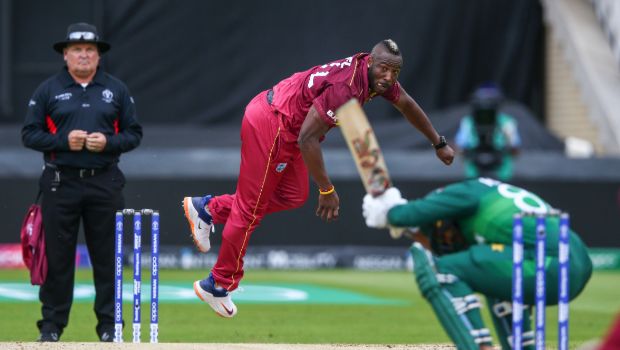 The defending champions West Indies will face Sri Lanka in the 35th match of the T20 World Cup 2021 at the Sheikh Zayed Stadium, Abu Dhabi on Thursday.

Sri Lanka won their opening game of the Super 12 stage against Bangladesh but since then they have lost three matches on the trot, which must have affected their confidence. The Island nation made a good start against England in their previous match but Jos Buttler took the game away from them with his blistering hundred.

West Indies were able to get the much-needed win in their previous match against Bangladesh. The Windies haven’t come up with a good batting performance throughout the tournament and they would aim to put enough runs on the board against Sri Lanka. The Caribbean nation has some world-class hitters and they will look to do the job for their team.

It is an even battle between the two teams as far as the head-to-head battle is concerned.

Players to watch out for from both teams: Kusal Perera, Chamika Karunaratne, Avishka Fernando, Wanindu Hasaranga, and Dushmantha Chameera will hold the key for Sri Lanka.