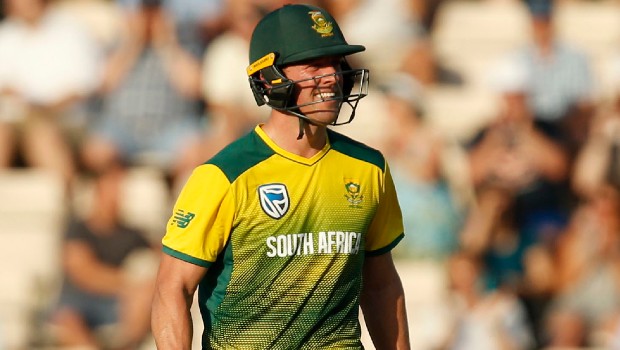 Former South African captain AB de Villiers has made a shocking claim that he has been asked to lead the Proteas again by Cricket South Africa. AB de Villiers had sent the shocking waves in the cricketing world back in May 2018 when he decided to hang his boots from International cricket but continued to play in T20 leagues across the globe.

There were also talks of him returning to the side before the 2019 World Cup but it all ended in a controversy. Once again, de Villiers made the headlines as there were talks for him joining the team for the T20I World Cup with head coach Mark Boucher ready to welcome him back with open arms.

However, de Villiers recently said if the T20 World Cup is pushed to next year due to the outbreak of the coronavirus, then he is not sure of making his comeback into the national side.

Meanwhile, Faf du Plessis had relinquished himself from the captaincy duties after the loss to England in the home Test series. Subsequently, Quinton de Kock was handed over the captaincy baton for the white ball format. Recently, newly appointed Director of Cricket, Graeme Smith confirmed that de Kock will not be South Africa’s Test captain in order to manage his workload.

Now, surprisingly de Villiers has come up with a shocking statement regarding his return to the Proteas side.

“The desire is there from my side to play for South Africa and have been asked by Cricket South Africa to lead the Proteas again,” De Villiers said while talking on Start Sports show Cricket Connected.

Meanwhile, AB de Villiers had led South Africa to the semi-final of the 2015 World Cup where they suffered a heartbreaking loss against New Zealand.

The talisman believes it is crucial for him to be in prime form if he has to justify his comeback into the team. AB wants to prove his mettle and show that he still belongs to the International level.

If I feel I deserve my spot in the side, it becomes much easier for me to feel that I should be part of the playing XI,” he said.

Meanwhile, AB de Villiers led the Rainbow nation from 2012 to 2017 in which he captained in 124 matches across formats. The team won 69 matches whereas they lost 49 gaames under de Villiers’ leadership. The former skipper had a winning percentage of 55.64.