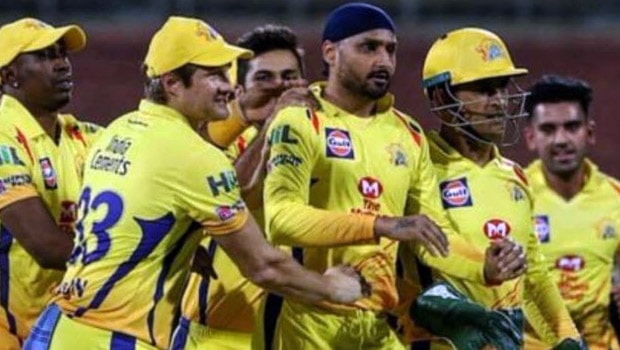 Chennai Super Kings could be without senior off-spinner Harbhajan Singh for the 2020 India Premier League (IPL) scheduled to hold at the United Arab Emirates.

This is because he is yet to join the team after top player, Suresh Raina, was released by the team due to personal reasons.

The camp had been hit with COVID-19. The 13 persons infected will still be in isolation for 14 days. Once everyone gets all clear of no further infection, training might resume on Friday.

Sources aware of the development told ANI that Singh is yet to inform the franchise about his availability officially. Although, the team is already preparing for the tournament without the top spinner.

According to the source, Singh is yet to officially communicate with the team, which was expected yesterday evening.

Raina’s news leaving the camp after the COVID-19 issue was a big jolt to many last weeks. Raina has been an integral part of the franchise from the first season. He had to play for Gujarat Lions due to CSK’s suspension but returned to the fold when the suspension was lifted, and CSK returned to the league in 2018.

Although there had been debate about Raina’s shocking departure from the team’s camp, the former India batsman clearly stated that it was a personal decision as he wants to be with his family. The batsman further revealed that he might make a return back to the team this season. However, CSK is yet to comment on that part of his statement.

It could be recalled that CSK’s camp was hit with th dreaded virus. Those who contracted it were two players, along with 11 support staff members.

The governing body, BCCI, also stated that strict protocols were being followed. The BCCI stat3d that there was no cause for alarm because all the affected persons and their close contacts were asymptomatic. They were subsequently isolated from other team members and monitored by the IPL Medical Team.

As of September 1, CSK CEO Kasi Viswanathan revealed no new cases in the team’s camp.