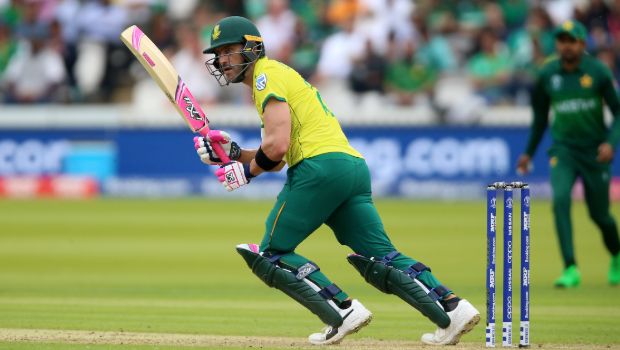 Chennai Super Kings batsman Faf du Plessis believes the franchise is not the same team if there is no MS Dhoni in the side. There have been some rare occasions when Dhoni has not played for Chennai due to an injury and the void has been deeply felt by the team.

Dhoni has got the best out of his players and his leadership skills have been top class. The veteran has led CSK to three IPL titles (second most in the tournament) and the club is the most consistent team in the history of the league.

Chennai have qualified for playoff stages on all the ten occasions they have participated in the league. Furthermore, they have reached the IPL final on eight occasions, which is the most for any team in the folklore of the league. Dhoni has been brilliant as the leader of the side and a lot of credit goes to him for the success of the team over the years.

Speaking on an Instagram Live video on Chennai Super Kings page, the right-handed batsman said: “MS walks off the field. Chennai is a different team. He has got such strong leadership in the group.”
He further added: “When MS is not there, the team is not the same. He leaves a massive hole when he is not in the team.”
MS Dhoni has led in 174 IPL matches (while leading CSK and Rising Pune Supergiant) in which his team have won on 104 occasions and they have suffered losses on 69 occasions whereas one match has ended in no result. Thus, Dhoni has an impressive win percentage of 60.11 in the IPL.

Dhoni is one of the most successful in the IPL history and the Star Sports jury also adjudged him and Mumbai Indians captain Rohit Sharma as the joint best captains in the IPL.

The Ranchi born has always led the team with a calm mind, which has helped him reap fruits. Dhoni is known to stay two steps ahead of the opposition and his instincts are mostly right on the money. More importantly, Dhoni’s calm and composed approach has helped him in being one of the best captains of the game.