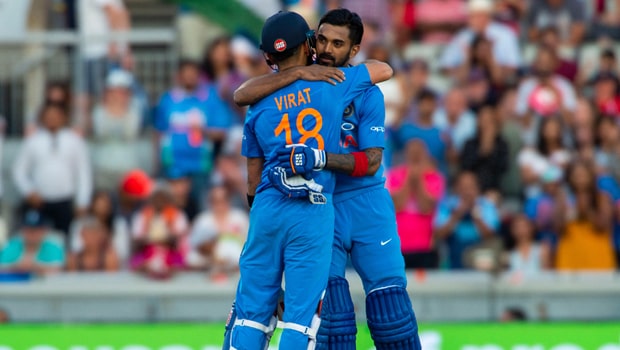 One of the most consistent batsmen over the last few years in the Indian Premier League, Rahul Tripathi has been adored by fans for his aggressive intent and brilliant technique. Tripathi has played a key role for Kolkata Knight Riders and is currently raising a storm with his new franchise after Sunrisers Hyderabad paid a whopping 8.50 crores for his services.

He has repaid that faith with spectacular performances in IPL 2022. Tripathi has amassed 228 runs in nine games at an average of 38 and it is his jaw-dropping strike rate of 172.73 that has wowed fans and teammates alike.

Despite being a consistent performer who always takes the game to his opposition, Rahul Tripathi still hasn’t had a chance to play international cricket yet. Sunrisers Hyderabad bowling coach Dale Steyn feels that it is extremely strange that he hasn’t been given the chance to don the Indian jersey yet. Discussing further about it, the South African pace bowling legend added that Tripathi can certainly be in the scheme of things as far as India’s T20I squad is concerned.

“I certainly believe that Rahul has a serious chance of making it to India’s T20I team. The IPL is a platform that allows players to perform so well that the Indian national team selects players from that pool. It’s strange to see that he hasn’t got an opportunity in the Indian team so far,” Steyn told Sportskeeda.

Dale Steyn also believes that it will be difficult for Rahul Tripathi to enter the Indian team given that Virat Kohli bats at the number 3 position where Tripathi usually plays. The South African has advised him to bash down the door for selection if it doesn’t open for him.

“Given that the position he bats at [no. 3] is occupied by Virat Kohli in the Indian team, it’s going to be difficult to get that spot. But the way he’s currently playing and the way he has played in the past, he has certainly shown maturity. He’s putting his hand up and bashing the door down as hard as he can,” he added.

Rahul Tripathi made his debut in the Indian Premier League in 2017 with Rising Pune Supergiants. He has managed over 200 runs every single season bar once.