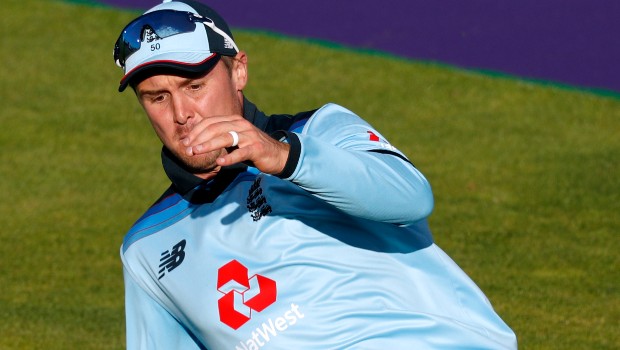 Australian bowling all-rounder Daniel Sams will replace England opener Jason Roy, Delhi Capitals confirmed on Thursday. Jason Roy has been ruled out of the upcoming T20I series against Pakistan due to side strain. Roy decided to pull out of the forthcoming IPL due to personal reasons.

It isn’t a huge blow for Delhi Capitals as they already have top-order batsmen like Shikhar Dhawan, Prithvi Shaw, Alex Carey and Ajinkya Rahane in their team. Thus, Daniel Sams who is a left-arm seamer is a good addition to the Delhi Capitals squad.

Woakes had earlier pulled out of the IPL in order to keep himself fresh for the England summer. However, the IPL was postponed to September due to Covid-19.

Meanwhile, Daniel Sams is part of the Australian limited overs side for the tour of England. It is understood that the players from both teams are expected to miss the initial matches of the IPL.

“The IPL is a huge platform for any cricketer, and back home, we all follow the tournament extremely closely every year,” said Sams. “I feel fortunate to be a part of it this year, and I’m thankful to the Delhi Capitals management for giving me this opportunity. I can’t wait to join the rest of the players in the UAE.”

Sams is yet to make his International debut for Australia and he has scalped 52 wickets in 37 T20 matches. In fact, he was the highest wicket-taker in the Big Bash League season of 2019-20 while playing for Sydney Thunder. The left-arm pacer had scalped 30 wickets in the 17 matches for the Thunder and hence he is a good addition to the Shreyas Iyer-led team.

Furthermore, there were no left-arm pacers in Delhi Capitals and Sams is going to bring variety to the impressive bowling attack of the team. He is also in contention to make his International debut in the upcoming series against England.

This is going to be a maiden season for Daniel Sams in the IPL and he would like to impress everyone with his skills.

The IPL is all set to begin from September 19 in the UAE.