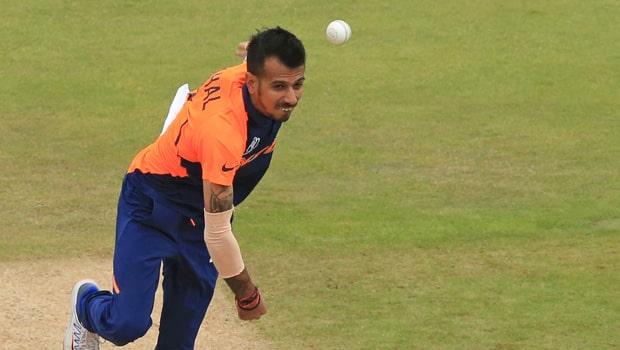 Team India have made several rotational calls for the T20I series against New Zealand. The decision was motivated by the need to give a break to several regulars who have played non-stop cricket in bio-bubbles since several months and to promote youngsters and uncapped players, especially those who have done well in the IPL.

Yuzvendra Chahal found himself out of the Indian squad for the T20 World Cup and despite a strong show in the second leg of IPL 2021, he failed to change the mind of the selectors. Chahal also did not feature in the starting XI for the first T20I against New Zealand and former Kiwi spinner Daniel Vettori thinks it’s harsh on the RCB player.

While Venkatesh Iyer found a spot in the team on the basis of his fine performances in the second leg of IPL 2021, Vettori thinks Chahal should’ve also been given the same chance. “Venkatesh Iyer, who is being rewarded for his form in the IPL. It’s sad to see Chahal not being given the same opportunity. We all know what Ashwin can do, is he going to be in the starting XI for the World Cup next year, who knows? But Chahal was bowling exceptionally well and was a wicket-taking option for Kohli throughout the IPL. He is one of the best T20 leggies in the world,” Vettori told ESPN Cricinfo.

Although when the team was announced, Chahal had been going through a pretty dry run in international cricket. He hasn’t been the same bowler since 2019 and the signs were quite evident. Therefore, the selection committee’s initial decision wasn’t met with any significant response. However, Chahal proved to be brilliant for RCB on the pitches of UAE in the remainder of IPL 2021. Despite his wicket-taking prowess, the selectors persisted with Rahul Chahar instead of him.

“At the time, the decision was probably right to leave him out of the World Cup squad but then the Chahal that we saw in the IPL, was the Chahal we all know. Chahal bowled quicker in the IPL, trying to spin more, and attacked the stumps more often. So, I thought he deserved the opportunity to come back into the starting XI tonight after being left out earlier,” said Vettori.