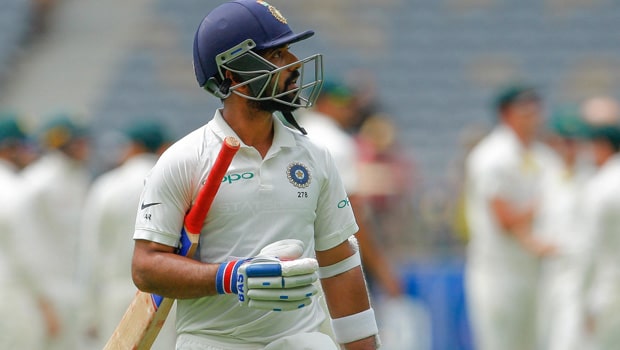 The first Test between India and New Zealand ended in a draw. Therefore, there’s all the to play for when the two teams take on each other at the iconic Wankhede Stadium in Mumbai. Ahead of the match, however, Team India have a few pressing concerns to address.

One of those has been the rough patch of senior middle-order batters Cheteshwar Pujara and Ajinkya Rahane. Runs have dried up from their bats and both batters haven’t had a memorable knock in a long time. They underperformed in the first Test as well and with Virat Kohli returning to the XI in the second Test, at least one of them must make way.

Former Pakistan spinner Danish Kaneria suggests that the team should drop Cheteshwar Pujara to accommodate Virat Kohli. He thinks that the team management should give Ajinkya Rahane, who was the stand-in skipper for the first Test, another chance.

“I will definitely go with Ajinkya Rahane in the playing XI and leave out Pujara. Kohli comes in for Pujara. It is important to give Rahane this Test match. He is a class of a player.

“Rahane, who is already under a lot of pressure, must also be knowing that it could be the final Test of his career. It is difficult to make a comeback after being dropped,” Kaneria said on his YouTube channel.

Players waiting on the wings have also been making serious headways. In the first Test, Shreyas Iyer scored a century and a fifty across two innings and rescued India during tough phases of the match. As such, there is no way that the management might consider dropping him.

Besides the middle order, Kaneria also suggested a few changes to the bowling unit. Mohammed Siraj, who missed out on the first Test, should be included here according to him. His abilities would be better suited to the Wankhede surface and Ishant Sharma, who failed to make a mark in the first Test, could end up being replaced by Siraj.

“There needs to be a change in the bowling department, it is an important match so experience is required, so Prasidh Krishna is not a choice.

“I would rest Ishant Sharma and play Mohammad Siraj. He would be able to reverse the ball as well. He will also be able to get some movement with the sea breeze,” added the 40-year-old.