David Warner admits rushing back from injury was a mistake 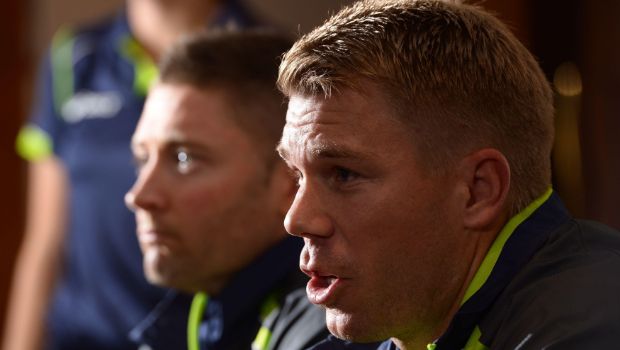 Australia’s talisman batsman David Warner has admitted that rushing back from injury to play the last two Test matches against India was a mistake.

Warner has revealed that he wanted to support his teammates in a crucial series but looking back in hindsight he feels it didn’t help his recuperation as it aggravated his injury.

The southpaw added that he thought his presence will help his team. However, Warner couldn’t get going in the series as he returned with scores of 5, 13, 1, and 48. In fact, Warner’s discomfort was palpable in his running between the wickets during the last two Test matches.

Meanwhile, after the completion of the Test series against India, Australia’s tour to South Africa was called off due to Covid-19. Thus, it gave some time to Warner to get himself fit before this week’s return of the domestic circuit.

“It put me back a little bit,” Warner said on the eve of New South Wales’ Marsh Cup clash against South Australia. “Looking back in hindsight, I probably wouldn’t have done that. I made the call to play those Test matches, felt like I needed to be out there and help the guys.

“If I’m thinking about myself and the injury, I probably would have said no but I did what I felt was best for the team and me being out there opening the batting was I felt the best thing for the team. I’ve had this time to heal and obviously with South Africa being called off, it gave me a bit more time to get that strength work done,” he added.

Warner is always known to give his best and had put his fitness on the line for his team. Meanwhile, India went on to clinch the historic series by 2-1 after they won in Melbourne and Brisbane after a disastrous loss at Adelaide in the first pink-ball Test.

Meanwhile, Australian cricket fans will be rooting for their arch-rivals England in the fourth Test against India. If England wins, Australia will play New Zealand in the final of the ICC World Test Championship in Lord’s.