David Warner names three batsmen to bat for his life 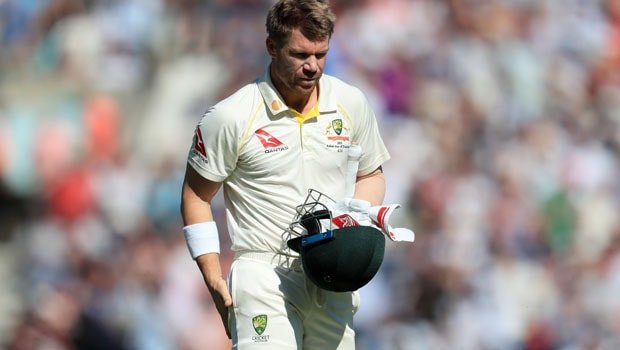 Australian opener David Warner has named three batsmen to bat for his life. The southpaw batsman picked his teammate Steven Smith, New Zealand’s captain Kane Williamson and Indian captain Virat Kohli. All these three batsmen are the best in the world in all the three forms of the game.

Steve Smith is the best batsman in the Test format and he is currently at the numero uno position in the ICC Test rankings. Smith had a dream run in the Ashes 2019 as he scored 774 runs in the four Test matches at a staggering average of 110.57. Smith has scored 7227 runs in 73 Test matches at an impressive average of 62.84.

Meanwhile, Kane Williamson has been the spine of the New Zealand batting line up. The flamboyant batsman has done a great job and he has also led from the front. Williamson has scored 6476 runs in 80 Test matches at an average of 50.99.

“I would have you, Smithy (Steve Smith) and Virat to bat for my life,” David Warner said while talking to Kane Williamson in a live interaction on Instagram.

On the other hand, Kane Williamson relived the emotions of the World Cup final where New Zealand could not get over the line against England. It was a hard time for all the New Zealand players but their conduct on the field was unbelievable.

“That was a very emotional time. But it was kind of hard to be emotional right at that point in time. You were still very much looking at the next task at that time despite the ‘n’ number of things outside of your control.

“It can happen in any cricket game, but just that in this context, it was a World Cup game. After the game, it was quite difficult to make sense of it. I think the thing we could reflect and be proud of was the cricket we played,” Kane Williamson said.

David Warner will lead Sunrisers Hyderabad in the Indian Premier League 2020, if it happens.