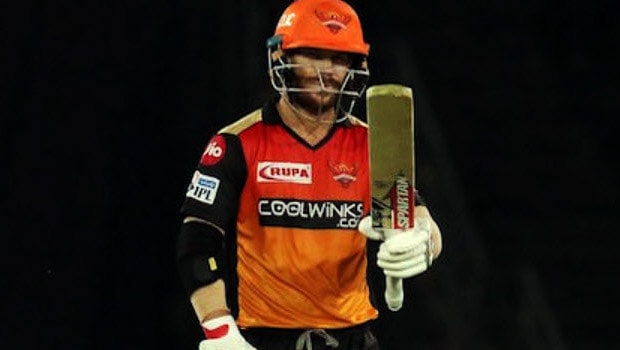 Sunrisers Hyderabad captain David Warner selected the IPL 2016 triumph as his favourite Indian Premier League memory. Warner had led from the front in that edition to take the Orange Army to glory. The southpaw was at his best with the bat as he scored 848 runs in the 17 matches of the season at a staggering average of 60.57 and a blistering strike rate of 151.43.

Warner’s tally of 848 runs is the second best of any season behind Virat Kohli’s 973, which the RCB skipper achieved in the same season of 2016. The southpaw batsman was at the top of his game in the final of the IPL 2016 edition as he gave a rocking start to his team. The left-hander raced to 69 runs off just 38 balls with the help of eight fours and three sixes.

My favourite IPL moment would have to be this for sure. My Indian family @sunrisershyd

On the other hand, Bhuvneshwar Kumar was also instrumental in the success of the team as he finished as the leading wicket-taker with 23 wickets in the 2016 season.

Hyderabad had finished at the third position in that season after winning eight matches from the 14 they played in the league stage.

Meanwhile, Sunrisers Hyderabad’s think tank decided to pass the captaincy baton from Kane Williamson to David Warner for IPL 2020. However, the future of the 13th season of the IPL is uncertain due to the outbreak of coronavirus.

Warner had to miss IPL 2018 due to the ball-tampering scandal but he made a roaring comeback in IPL 2019. The southpaw finished as the highest run-getter of the previous season as he amassed 692 runs in 12 matches at an average of 69.2 and strike rate of 143.87. Thus, he won the Orange cap in the previous season and gave solid starts to SRH along with Jonny Bairstow.

Warner took to his Instagram to share his favourite moment. The Australian opener post read, “My favourite IPL moment would have to be this for sure. My Indian family @sunrisershyd”.