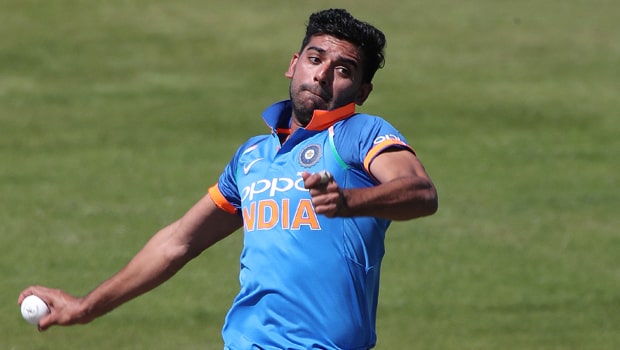 Three days after his heroic performance for India, which fired them to an emphatic win in the T20 series, pacer, Deepak Chahar has picked up another T20 Triple.

Chahar, who fired six-wicket haul against Bangladesh on Sunday, repeated the feat by weaving the ball to dismiss three Vidarbha batsmen off three legal deliveries in a domestic match in the ongoing Syed Mushtaq Ali Trophy at Greenfield International Stadium.

The 27-year-old bowler got rid of Darshan Nalkande, Shrikant Wagh, and Akshay Wadkar with successive legal deliveries in the 13th over to finish with the figures of 4/18 in his three overs, This restricted Vidarbha to 99/9 in a 13 over-match.

While bowling the final over of the innings, Chahar dismissed four batsmen. He dispatched Rushabh Rathod on the very first ball of the over and later sent Nalkande for an early shower on the fourth ball in the same over.

In the next delivery, the pacer bowled wide but later dismissed Wagh and Wadkar off the
last two balls of the over to complete his yet another T20 triple.

Chahar had on Sunday put his name on the record book after becoming the second Indian to claim a T20I hat-trick. He returned with six for seven in the third and the final T20I match to help India win the series by 30 runs in Nagpur.

With this feat, Chahar had registered the best-ever T20I figures in men’s cricket after going past Ajantha Mendis, who had taken six wickets for eight runs against Zimbabwe.

As if that was not enough, Chahar later dismissed Shafiul Islam on the final delivery of the 18th over. He continued the business by striking twice in the last over to send Mustafizur Rahman and Aminul Islam packing and completed his hat-trick.
Rajasthan had come out to bat with a revised target of 107 runs from 13 overs.

Although, their openers Manender Singh and Ankit Lamba, gave them a good start with 58 runs in the first four overs. Manender had a quick-fire 44 from just 17 balls, with the help of six maximums, while Lamba could only manage 15 runs from 11 balls.

Rajasthan, who couldn’t win their openers in the fifth over, was unable to recover after that as they kept losing wickets at regular intervals. In the end, Rhe was only able to score 105/8 in 13 overs, falling one run short of the target. 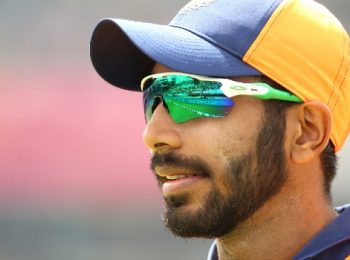 India’s gun fast bowler Jasprit Bumrah wants ICC to come up with an alternative to saliva for... Read More 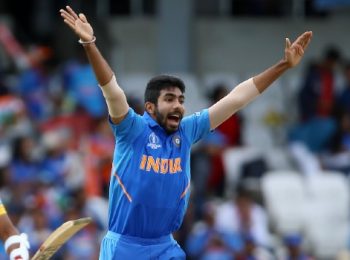 I enjoy bowling most with Duke balls – Jasprit Bumrah

India’s ace paceman Jasprit Bumrah has revealed that he prefers bowling most with the Duke ba... Read More 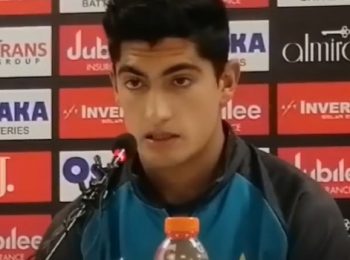 I respect Virat Kohli but don’t fear him – Naseem Shah

Pakistan’s pace sensation Naseem Shah has revealed that he is excited to play against India a... Read More