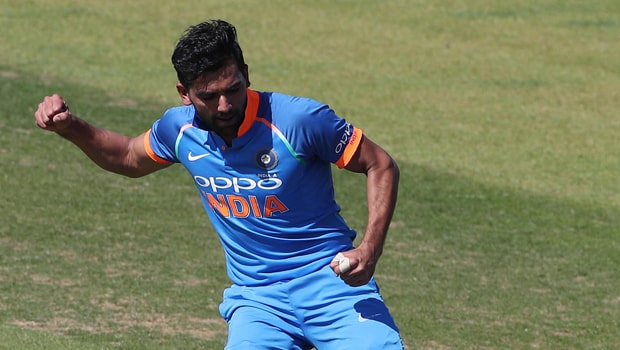 Deepak Chahar turned out to be the unlikely star of the second ODI contested between Sri Lanka and India. The aforementioned word ‘unlikely’ stands true in this case because it wasn’t his heroics with the ball that we are well accustomed to (he did pick up a couple of wickets though), it was his masterclass with the bat during the run-chase that won the match for India.

With India in a tough position at 193 for 7 and with almost every established batsman sent back to the pavilion, Deepak Chahar showed nerves of steel and ended up scoring 69 runs off 82 deliveries! His innings included seven boundaries and a six and Chahar stitched a match-winning partnership with fellow pacer Bhuvneshwar Kumar.

The CSK bowler’s extremely well-calculated run-chase reminded every one of his IPL franchise captain MS Dhoni who had mastered the formula of successful run-chases. Chahar revealed that he had tried to adapt elements from Dhoni’s game when it comes to run chases.

“Watching MS Dhoni close out matches has been a big factor. I have watched him for a long period and I have always seen him finishing matches,” Chahar said during a virtual press conference on the eve of the third ODI against Sri Lanka.

Besides Dhoni, Chahar also heaped praise on batting great and head coach of the squad in Sri Lanka Rahul Dravid. The 28-year-old also mentioned that Dravid always showed faith in his batting which allowed him to produce several top-class knocks for India A which have often come under similar circumstances.

“Rahul Dravid is coaching the senior side for the first time, but he has been there with the A side and I have played under his guidance and coaching. There have been times that a situation has arisen of the batsmen being dismissed and me being out there in the middle,” Chahar added.