Delhi Capitals appoint Rishabh Pant as the captain for IPL 2021 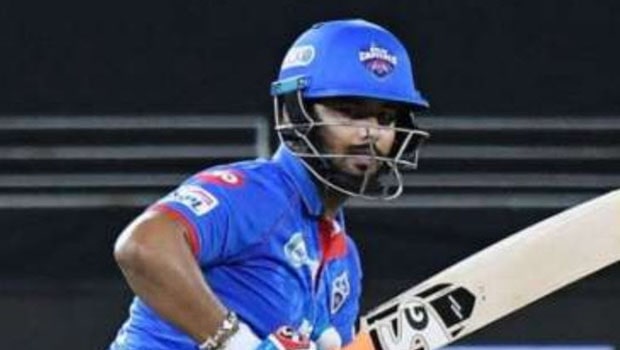 During the recent ODI series against England, Delhi Capitals were dealt with a massive blow. Their skipper, Shreyas Iyer, had suffered a serious shoulder dislocation during fielding. While initially it was believed that the Mumbai-born batsman would miss the first half of the tournament, the extent of Iyer’s injury soon became clear and as a result, he has been ruled out for the entire IPL 2021.

He is expected to undergo surgery in April and will have to wait out at least five-six months on the sidelines. Iyer cannot return to competitive cricket before the month of September. Delhi Capitals’ Chairman and Co-Owner Kiran Kumar Gandhi extended his and the team’s support to Iyer and wished for a speedy recovery in a press release.

With the headache of appointing a new skipper for the upcoming season, Delhi Capitals turned towards their vice-captain Rishabh Pant to helm the role. Rishabh Pant has been in unstoppable form in 2021 and has engineered remarkable wins against both Australia and England.

“I would like to wish Shreyas a speedy recovery. Under Shreyas’ captaincy, our team reached newer heights, and he is going to be missed immensely. In his absence, the franchise has collectively picked Rishabh to lead the team this year. While it has come under unfortunate circumstances, it is a tremendous opportunity for him to grow further. I wish him all the best in his new role,” the DC Chairman said.

Co-owner Parth Jindal also extended his support to Shreyas Iyer and congratulated Rishabh. “There is no doubt that Shreyas Iyer’s leadership and batting will be missed this year, and we hope to see him back on the field soon. Delhi Capitals as a team plays a passionate and fearless brand of cricket, and Rishabh Pant embodies that best. The Delhi team has played an important role in his growth as a cricketer, just like he has played an equally important role in the growth of the Delhi team. I wish Rishabh and the team good luck.”

Though this will be Pant’s first captaincy stint in the IPL, he’s no stranger to captaining a team from Delhi. He also leads the Delhi state team and he’s looking forward to making his dream come true in the IPL.

“Delhi is where I grew up, and where my IPL journey began six years ago. To lead this team one day is a dream I’ve always harboured. And today, as that dream comes true, I feel humbled. I am truly grateful, especially to our team owners, who considered me capable enough for this role. With an amazing coaching staff, and a plethora of accomplished seniors around me, I can’t wait to give my absolute best for Delhi Capitals,” said Pant.