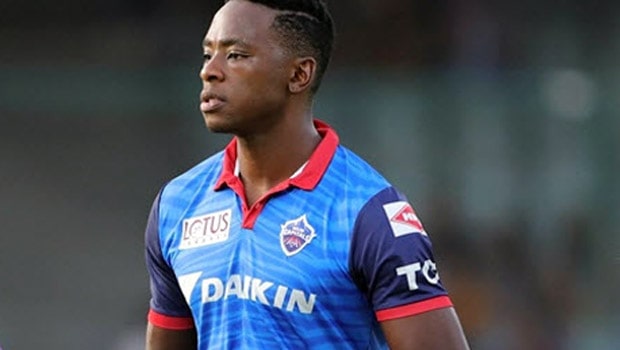 Delhi Capitals pack leader Kagiso Rabada has said that the franchise wants to be the most consistent side in the upcoming season of the IPL. Capitals had qualified for the playoff stages in the previous season after a gap of six years and they would aim to replicate the same success in the forthcoming edition.

Rabada feels good performances in the previous season will help the confidence of the players that they can go all the way in the tournament. The Capitals had come up with a collective effort in the last season.

Meanwhile, Kagiso Rabada was instrumental in the success of the franchise in the last tournament as he had scalped 25 wickets in 12 matches to finish as the second highest wicket-taker in the edition. Rabada didn’t have the best of the World Cup 2019 and he would be looking to turn the tables.

On the other hand, Delhi Capitals have a balanced team this season. They have openers like Ajinkya Rahane, Shikhar Dhawan, Prithvi Shaw and Alex Carey. They also have the firepower in the middle order as they have players like Shimron Hetmyer, Rishabh Pant and Shreyas Iyer.

Capitals also have an impressive spin attack as they have bowlers like Ravichandran Ashwin, Amit Mishra and Sandeep Lamichanne. The pace battery has bowlers like Ishant Sharma, Kagiso Rabada, Anrich Nortje and Mohit Sharma.

“We had a really good season in 2019, so I know that we can challenge and win this competition because we came really close last season, so mentally I guess that helps. But also, it is a new tournament so we have to start again and we’ve got a nice group put together, nice team,” Rabada said in an official release issued by Delhi Capitals.

“We have to start again and start the whole process, so hopefully we can get off to a good start but win at the end of the season — we want to be the most consistent team and win at times when we really, really need to win,” he added.

Delhi Capitals will look to come up with collective effort and they have all the players who can take them to glory in this season. Delhi has never savoured success in the IPL and they would aim to end their voodoo.

Shreyas Iyer has also led with aplomb and he would look to get the best out of his players. Delhi Capitals will play their opening match against Kings XI Punjab on 20th September at Dubai International Stadium.