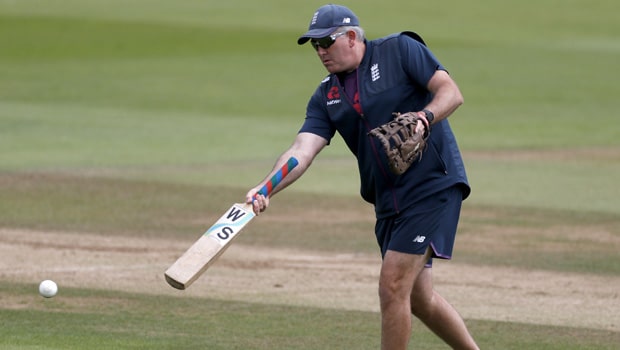 England’s head coach Chris Silverwood has admitted that it’s difficult to tell players that they can’t play in the IPL. The Indian Premier League is a massive tournament and players across the globe want to ply their trade in the lucrative competition.

The IPL has not only helped the domestic players turn their careers but it has given a massive boost to the foreign players. In fact, the English players have also benefitted from the IPL. England was being knocked the 2015 World Cup in the early stage but they are currently one of the best limited-overs teams in the world.

England’s white-ball captain Eoin Morgan had urged the players to play in the IPL and the tournament has definitely helped players like Jofra Archer, Jonny Bairstow, and Jos Buttler.

Chris Silverwood said, “It is very difficult to say to the players that no you can’t play IPL. You can’t say no if you just see the numbers. IPL is a marquee cricket event in T20 world and so it’s very difficult.”

On the other hand, Silverwood believes that it is not the case that the IPL has become a priority for some of the players and they mostly make their own decisions.

“I don’t think it’s an issue because players are playing a fantastic high level of T20 cricket which can only benefit us really. Moving forward it benefits the player. Obviously, players make their own minds up about competitions (BBL, CPL, IPL) they go in but we benefit from their playing.”

With the T20 World Cup set to take place in India later in the year, this year’s edition of the IPL will be crucial for all the teams.

Meanwhile, England’s fast bowler Mark Wood has decided to pull out of the IPL auction at the 11th minute. However, still, 16 England players will go under the hammer. The IPL auction will take place on 18th February in Chennai.

Almost 1,100 players had registered themselves for the mini-auction, but only 292 made it to the final list. A total of 164 Indian players, 125 overseas cricketers, and three players from the Associate nations will go under the hammer for the eight franchises.

Players like Harbhajan Singh, Kedar Jadhav, Glenn Maxwell, and Steve Smith are the players with the highest base price of ₹2 crores.