Home » Cricket » Is Dinesh Karthik as good a batsman as Hardik Pandya in T20s?

Is Dinesh Karthik as good a batsman as Hardik Pandya in T20s? 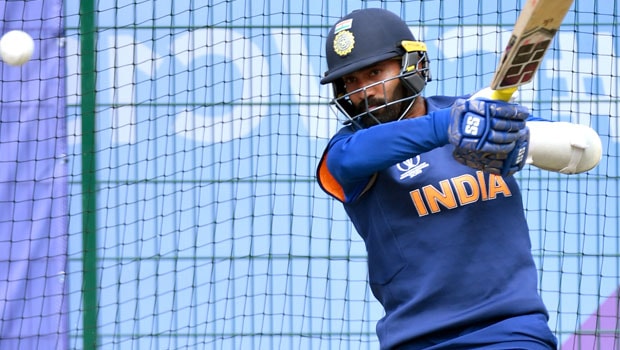 Dinesh Karthik and Hardik Pandya are two very different batsmen. The former likes to accumulate his runs by finding the gaps in the field and taking calculated risks from time to time whereas the latter depends on his brute striking ability to score runs through boundaries. There is a lot of difference in their age too. The 34-year-old Karthik is a veteran player with loads of experience whereas Hardik is only 26 years old and a rising star in world cricket.

However, they play quite similar roles in T20 cricket as both of them bat in the lower middle-order for their IPL teams and their job is to score quick runs towards the end. In fact, it was through the shortest version of the game that Hardik made his name in cricket and he is one of the best players in the format at present as well.

Karthik, on the other hand, has emerged as a potent T20 batsman in the last few years. His heroics in the Nidahas Trophy final against Bangladesh is still fresh in our memories. However, despite good performances in T20Is and in the IPL, he has been overlooked by the Indian team management since last year.

His failure in the semifinal of the 50-over World Cup last year is being considered as the reason for his axing from the T20I side as well but the selectors and the management should judge him on the basis of his ability in the T20 format. To find out how good a batsman Karthik is in this format, let’s compare his IPL and India numbers since the last T20 World Cup with that of Hardik Pandya who is considered to be one of India’s best T20 players at the moment.

Table: Comparison of Karthik and Hardik’s T20 performances for India and in the IPL since T20 World Cup 2016

Since the last T20 World Cup in 2016, both Karthik and Hardik have played an equal number of innings for India but the former fares a little better than the latter as he has a far better RpI ans Strike-rate, and he takes a delivery lesser to find the boundary as well. Only Karthik’s non-boundary ball strike-rate is lesser than that of Hardik but he compensates for that with his better BpB.

When their IPL numbers are considered though, Karthik turns out to be as good as Hardik even though the former has a lower Strike-rate and takes a delivery more to find the boundary. Karthik makes up for that with his RpI of 25 which is far better than Hardik’s 18 and better non-boundary ball strike-rate. Moreover, he has scored seven more 50s during this period than Hardik as well.

So, it can be concluded that Karthik is not only on par with Hardik in terms of their performances in recent years but he is probably a little more effective batsman because of the reliability he provides along with his clinical hitting ability.