Dinesh Karthik ‘hopeful’ of making a comeback into T20I side 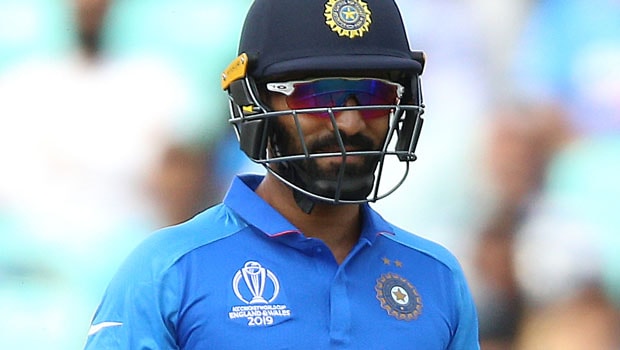 Hope is a good thing, may be the best of the things. And no good thing ever dies, says Andy Dufresne in Hollywood drama, The Shawshank Redemption.

It is a dream of every budding player to represent his country. That dream of making a debut was fulfilled for DInesh Karthik back in 2004. However, Karthik, who is currently out of the team, still has a burning fire in him to make a comeback into the national side. The right-hander, who is 34, understands that returning to the ODI side will be difficult but he is not losing hope of making it back to the T20I side.

Karthik had failed to grab his chance in the 2019 ICC World Cup and that was a big opportunity missed. Subsequently, he was dropped from the national side and hasn’t played a match since then. However, Karthik had done well in the T20I version of the game and it was surprising to not see him in the Indian squad. The selectors had stated that they are now looking forward to giving more chances to the younger generation.

“It does hurt, no doubt about that. I have always had this burning desire to play for my country and it hasn’t diminished one bit,” Karthik told PTI. However, he hasn’t ruled out the possibility of making a comeback.

“My record in T20s has been good. A big tournament like the World Cup did not go exactly as per the plan. I could understand the one day bit (being dropped from ODIs) but even now I would like to think that I stand a good chance in returning to the T20 side.

Meanwhile, Dinesh Karthik had hogged the limelight when he smashed 8-ball 29 against Bangladesh in the Nidahas Trophy final. Subsequently, he has been leading Kolkata Knight Riders from the front in the Indian Premier League. The Tamil Nadu veteran batsman has amassed 3654 runs in 182 IPL matches at an average of 27.07 and strike rate of 129.8.

The T20 World Cup will begin from October 15 in Australia. If the IPL takes place before the T20I showpiece, Karthik will like to make the most of the opportunity and will aim to put his hat in the ring for the mega event.