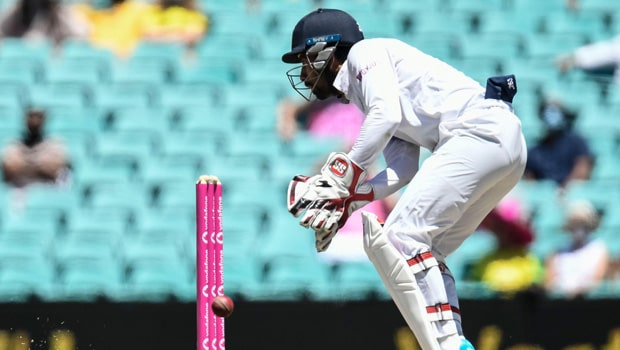 Wriddhiman Saha missed the entirety of Day 3 due to a neck sprain and was replaced by KS Bharat behind the stumps. With his place in the side already under question given Rishabh Pant’s emergence, he was under pressure to perform here. Add to the fact that India were struggling at 103 for 6 when he came out to bat, and you get a perfect pressure-cooker situation.

However, Wriddhiman didn’t let that pressure get the better of him. He formed a wonderful partnership with Shreyas Iyer and later with Axar Patel. The 37-year-old remained unbeaten on 61 from 126 deliveries as Team India declared with a lead of 284 runs.

“What I like about him is that he was again having his back against the wall in this Test. This could have easily been one of his last Test innings because there would have been a lot of pressure to bring Srikar Bharat for the next Test,” said Dinesh Karthik on Wriddhiman Saha’s performance.

He also went on to add that despite being in the twilight of his career and having lost his permanent place in the side, Wriddhi still adds a lot of value to the Indian side whenever he’s asked. “But again I was just happy to see Wriddhiman Saha bat because he’s a solid batter, he’s really good, he’s got a bit of dogfight in him, you know, he fought his way through a stiff neck, changed his stance up, batted differently to what he’s used to but delivered.

“It’s good to see somebody with old legs coming and pushing people and showing how it can be done.”

This was Saha’s first half-century in over four years. It was also his first Test since the Adelaide Test in Australia last year and he impressed with a fine innings on his comeback. Indian batting coach Vikram Rathour praised his efforts but also mentioned that Rishabh Pant will continue as the team’s number 1 wicket-keeper.

“Unfortunately for Wriddhi, we have an extremely special player, Rishabh Pant, who is the No. 1 keeper for the team, who has done extremely well for us in the past two years. That’s the role Wriddhi has at the moment. He is there whenever we need him. Whenever Pant is not there. Again, he showed today with the knock he played today that how important he is and how good he is,” said Rathour.