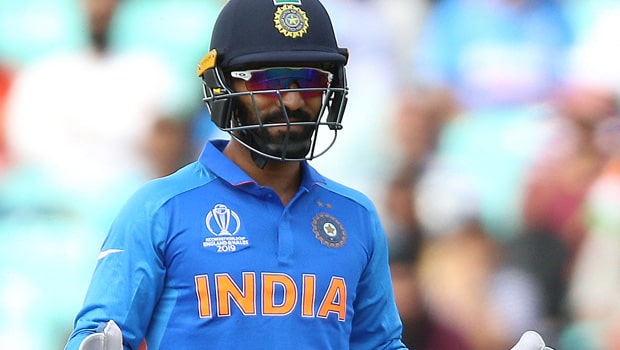 India’s Ravichandran Ashwin continues to make forward strides in his career. During the ongoing Test against New Zealand in Kanpur, Ashwin has caused plenty of trouble to the opposition with both the bat as well as the ball.

When India were in a precarious situation at 51/5 on Day 4, it was the 35-year-old who introduced intent and played a fine knock of 32 in 62 balls. Before stumps, he also picked up the wicket of Will Young to give India the command going into the final day of the Test.

With the wicket of Young, Ravichandran Ashwin became the third joint-highest wicket-taker for India in Tests. He’s now tied with Harbhajan Singh with 417 Test wickets to his name. Above him in the list is the great Kapil Dev who, like Ashwin, was also a proficient all-rounder. Ashwin will need another 17 wickets to get past the legendary former Indian captain.

Speaking on ‘Cricbuzz Chatter’, Dinesh Karthik mentioned that although he hasn’t seen much of Kapil Dev, he thinks that Ravichandran Ashwin should be spoken of in the same breath as both players have been consistent match-winners for the country.

“Obviously, I don’t think I am in a place to judge both of them, but I must admit that they should be spoken of in the same breath when it comes to Indian cricket because both of them have been match-winners, have been exemplary, and have been definitely the two best all-rounders to have come out of this soil for a long, long time.”

Karthik has closely played with Ashwin for a while as they’re both from Tamil Nadu. The wicket-keeper batter thinks his teammate is one of the greatest all-rounders the country has ever produced. “You have to put him there (among India’s best all-rounders) with the number of Man of the Series he has won, the accolades he has got obviously.

“Getting 417 wickets in 80 Tests is an unbelievable record to have and the fact that he’s contributed and scored five hundreds, much more than a lot of the batters who play for a longer period of time in Test matches. There are people who have played 30-35 Tests, and still haven’t managed five hundreds,” said Karthik.